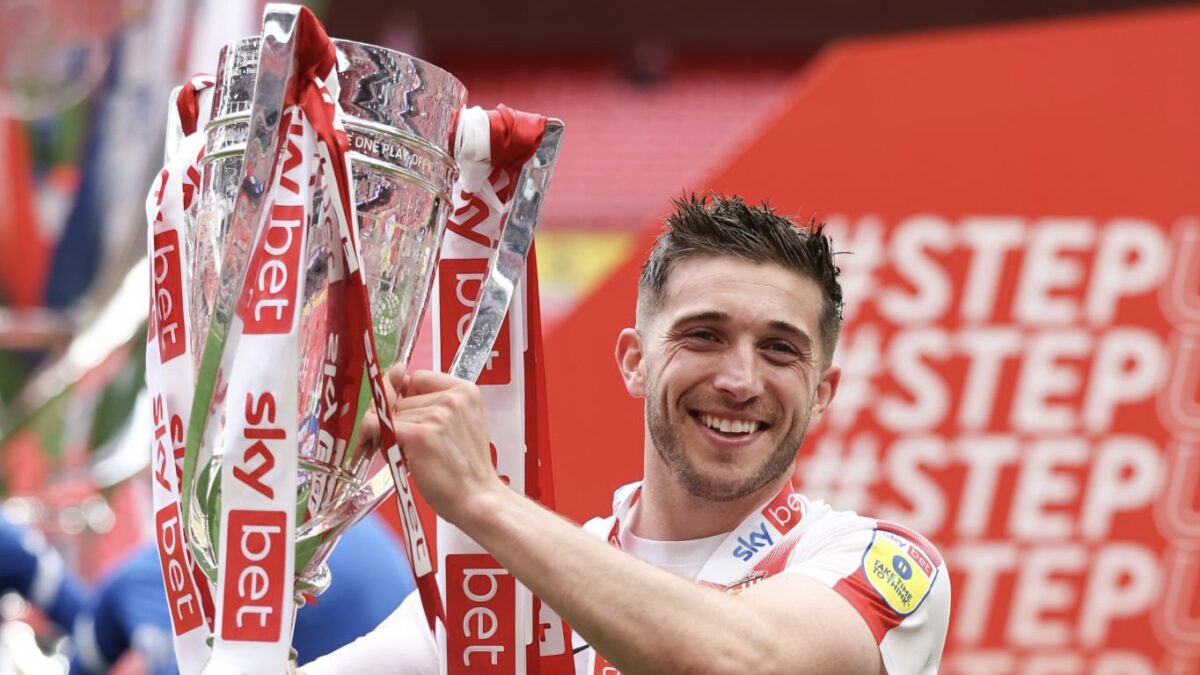 Lynden Gooch and Sunderland endured four tough seasons in the English third tier, but the historic club finally took the first step toward a potential climb back up to the top flight.

Gooch played 90 minutes on Saturday at Wembley Stadium as Sunderland defeated Wycombe Wanderers 2-0 in the League One Playoff Final. The Black Cats will join Wigan Athletic and Rotherham United as the third and final promoted side from the third division this season.

Wycombe continued to try and fight for an equalizing goal, but Sunderland eventually put the scoreline out of reach with top goalscorer Ross Stewart delivering the insurance tally. Stewart cut onto his right foot inside of the Wycombe box before driving a low shot into the bottom-left corner of Stockdale’s net.

Gooch made three interceptions, won one duel, and made six recoveries from his right wing back position. The 26-year-old tied a career-high with 41 combined league appearances this season while also adding six assists.

Sunderland suffered back-to-back relegations in 2017 and 2018, dropping from the Premier League to League One. Despite making the promotion playoffs in two of their first three seasons back in League One, the Black Cats could not find a way back up to the Championship.

However, Sunderland fought off stiff competition from Sheffield Wednesday and Wycombe Wanderers to punch its ticket back in next season’s Championship campaign. Gooch, whose contract is set to expire this summer, has totaled 180 combined appearances for Sunderland since debuting for the first team in 2012.