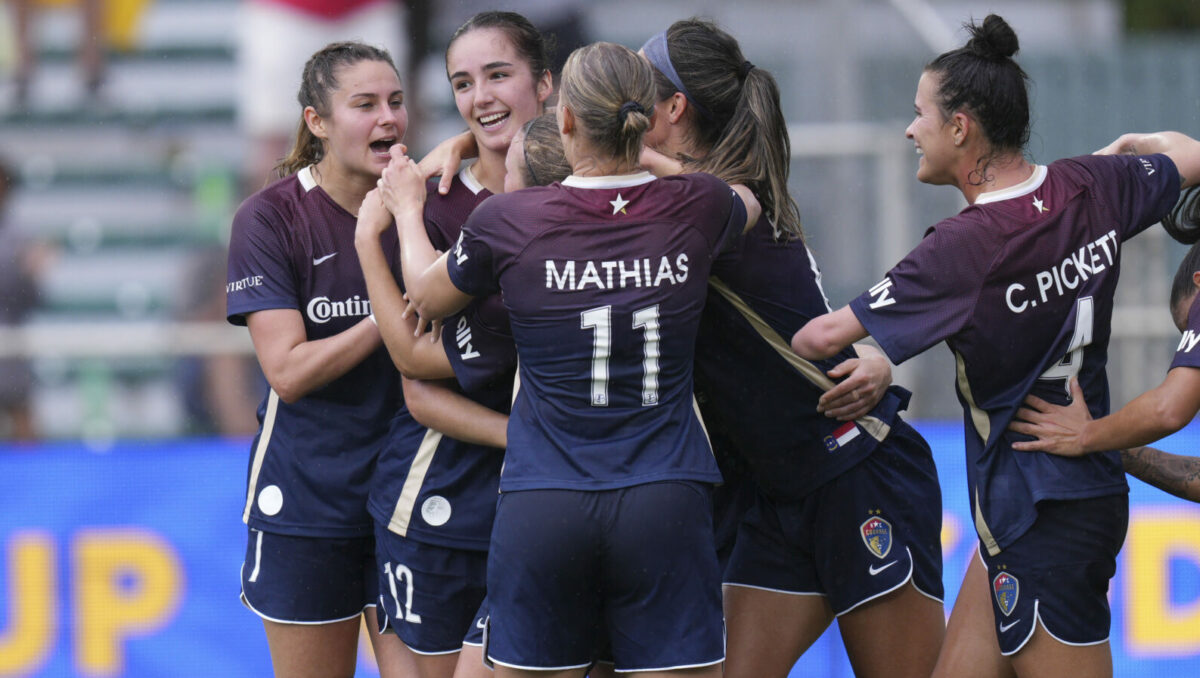 The North Carolina Courage’s decorated trophy cabinet got another piece of hardware in the form of the 2022 NWSL Challenge Cup on Saturday.

In front of their hometown fans, the Courage claimed the third-ever Challenge Cup at Sahlen’s Stadium in Cary, North Carolina on Saturday, topping the Washington Spirit 2-1.

A late own-goal plus an opener from Brazilian newcomer Kerolin bested a first-half equalizer from the Spirit’s Ashley Hatch to earn the trophy and halt what looked to be a changing of the guard in the NWSL power struggle.

The star-studded Washington Spirit won last year’s NWSL Championship to bust up two consecutive years of the Courage dominating the league, setting the stage for a worthy final where no outcome was predictable. The sides met twice and could not be separated in Challenge Cup action prior to the final and produced two 2-2 ties in the opening rounds.

North Carolina had to shake off what looked to be a missed penalty call to set up the game-winner. Hard contact on Kerolin looked like it should have set up an opportunity from the spot, but there was no VAR on hand to give it a second look. The Courage crowded around the Spirit goal in the ensuing corner and forced a mistake from midfielder Taylor Aylmer.

The contact to Kerolin rendered her out of the remainder of the match, but she was a difference-maker with the opening goal, which was the 22-year-old striker’s NWSL account opener.

Ashely Hatch put the Spirit back on track when she sent in an equalizer in the 35th minute, but it was one of only four shots on goal. A clip that did not live up to the standards the Spirit have set for themselves recently.

The Courage proved that they are still among the elite and how the Spirit responds should be interesting to watch as the regular season gets in full swing, as both should be considered playoff locks.

The Courage and Spirit will now lock in on the regular season campaign which kicked off last week. The Courage lost their opener on the road to expansion side Angel City FC, while the Spirit took the spoils at home against OL Reign.