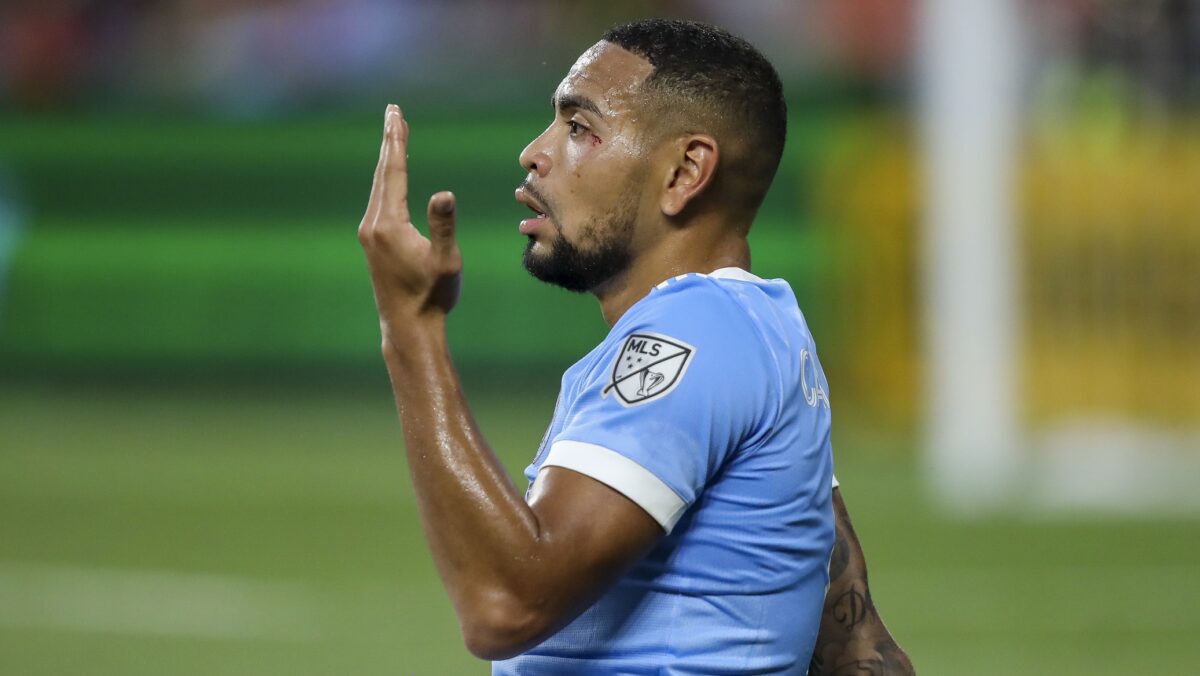 New York City FC is in an interesting place after their first 16 games of the season. The reigning MLS Cup champions were thriving just a few weeks ago, but after its MLS midweek action, finds themselves winless in their last four and in need of some adjustments that the schedule might not allow for.

Wednesday’s roller-coaster 4-4 draw with FC Cincinnati featured a stirring comeback from 3-0 down, but NYCFC’s recent defensive struggles continued, and a VAR overruling of a potential FC Cincinnati winner is the only thing that kept NYCFC from a stinging defeat.

As much as there can be some optimism drawn from the team’s ability to rally from three-goals down, the team’s sudden defensive frailties are a cause for concern, particularly with the recent slump coming shortly after Ronny Deila stepped down as head coach to take charge of Belgian side Standard Liège earlier in June.

Deila’s departure left interim head coach Nick Cushing with a side that was leading the Eastern Conference, looking capable of defending its crown, NYCFC is winless across four games under Cushing, three in MLS play and one crashing exit in the U.S. Open Cup at the hands of rivals New York Red Bulls. During that slump, NYCFC has given up nine goals in the team’s past three matches in all competitions, a trend Cushing isn’t happy with.

“We want to give up less goals,” Cushing said. “I think we need to be a little bit more compact when we don’t have the ball, and I think we’ve turned the ball over which is a little bit too cheaply at times, which makes it difficult for us to be compact because we keep giving the ball away and maybe that’s a transition between games and coaches,”

Wednesday’s shootout in Cincinnati was NYCFC’s fourth match in a 13-day span, a stretch that has taken its toll, and also made it difficult for the new head coach to put his own stamp on the team.

Soccer fans who watch MLS and European leagues might beg to differ, but Cushing does have an unenviable task with the added pressure of his side’s recent success.

The grueling four-game window isn’t exactly an ideal situation for an interim head coach to inherit, and the Englishman will be hoping his side can deal with it better in the coming weeks. Cushing was on the staff in NYCFC’s convincing first half of the season and knows his men are capable of much better.

“I think it also looks a more aggressive stat because we didn’t give a goal away for (six consecutive MLS games). So, obviously, we go from one extreme to then giving up nine,” Cushing said.

The jam-packed schedule carries on, allowing NYCFC only two days of rest before preparing for Atlanta United on Sunday. The Cityzens are still in a manageable second place in the Eastern Conference ranks, but the longer the champions struggle to break their winless rut the more pressure their new coach will start to feel.