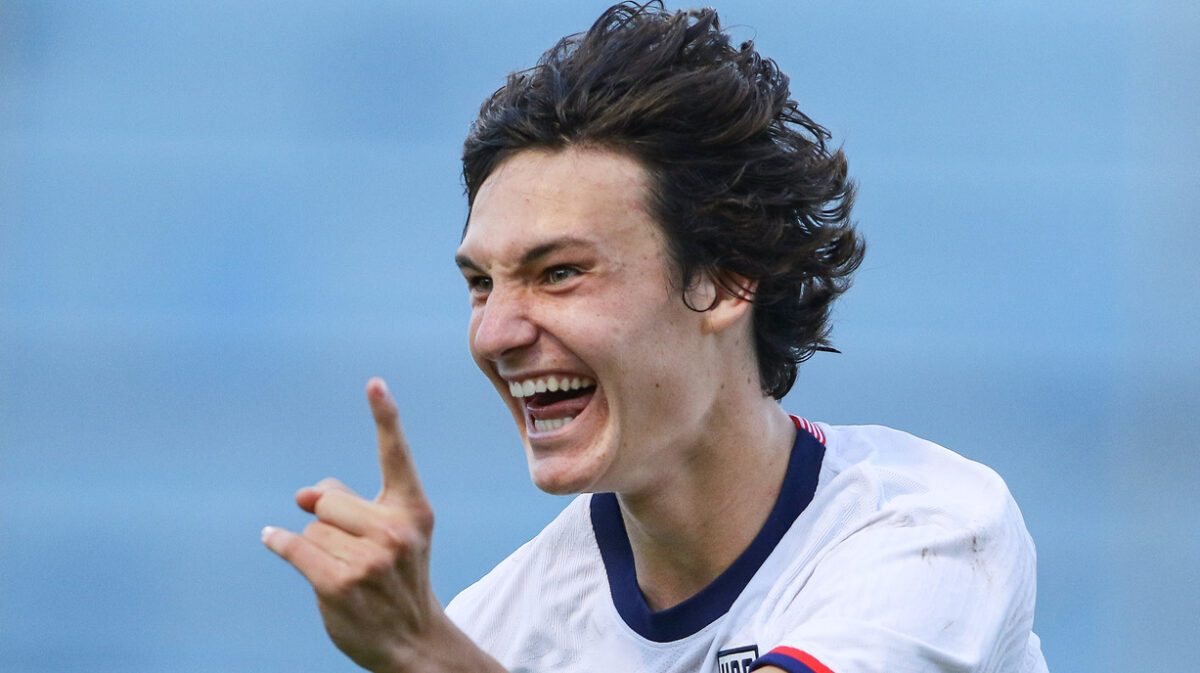 Needing a win to secure their spot into the FIFA U-20 World Cup and keep its Olympic hopes alive, Paxten Aaronson played a pivotal role in the U.S. Under-20 men’s national team’s victory over Costa Rica.

The Philadelphia Union homegrown was key for Mikey Varas’ side, scoring a brace in a 2-0 quarterfinal win over Costa Rica. Aaronson’s stellar night for the Americans helped him earn SBI’s USMNT U-20 Man of the Match honors.

Aaronson was tasked with leading the forward line for the Americans and made his presence known from the start of the match, scoring the opener in the fifth minute. Playing as a false nine, Aaronson linked up well with the midfield and was clinical in front of goal, completing a brace with his second goal in the 49th minute.

Aaronson was flanked on the wings by Caden Clark and fellow Union homegrown Quinn Sullivan and the two club teammates connected on the first goal for the USMNT U-20’s. Sullivan crossed the ball towards the top of the Costa Rica box, allowing Aaronson to take one touch before drilling a low shot into the back of the net.

As for the second goal of the match, it was Clark’s turn to find Aaronson in the box with the New York Red Bulls attack heading a long cross from Michael Halliday back across the face of the goal. Costa Rica goalie Bayron Mora got a hand to Aaronson’s shot, but the 18-year-old would celebrate his first competitive brace for the USMNT U-20’s.

With his two goals scored, Aaronson now has four goals and one assist in Honduras, trailing Sullivan by one goal for the team lead and the most goals in the tournament overall. Aaronson departed the match in the 79th minute with the Americans well in control of the match.

In terms of other standout performers, midfielder Diego Luna was once again a pivotal part of the USMNT U-20’s attack alongside the aforementioned Clark. Goalkeeper Chris Brady was also strong in between the posts, with all three players earning Honorable Mention consideration for Man of the Match.

The USMNT U-20’s will now prepare for a semifinal showdown on Friday with either Honduras or Panama. A victory on Friday will clinch the Americans a spot in the 2024 Summer Olympics in France and also propel them into Sunday’s final.