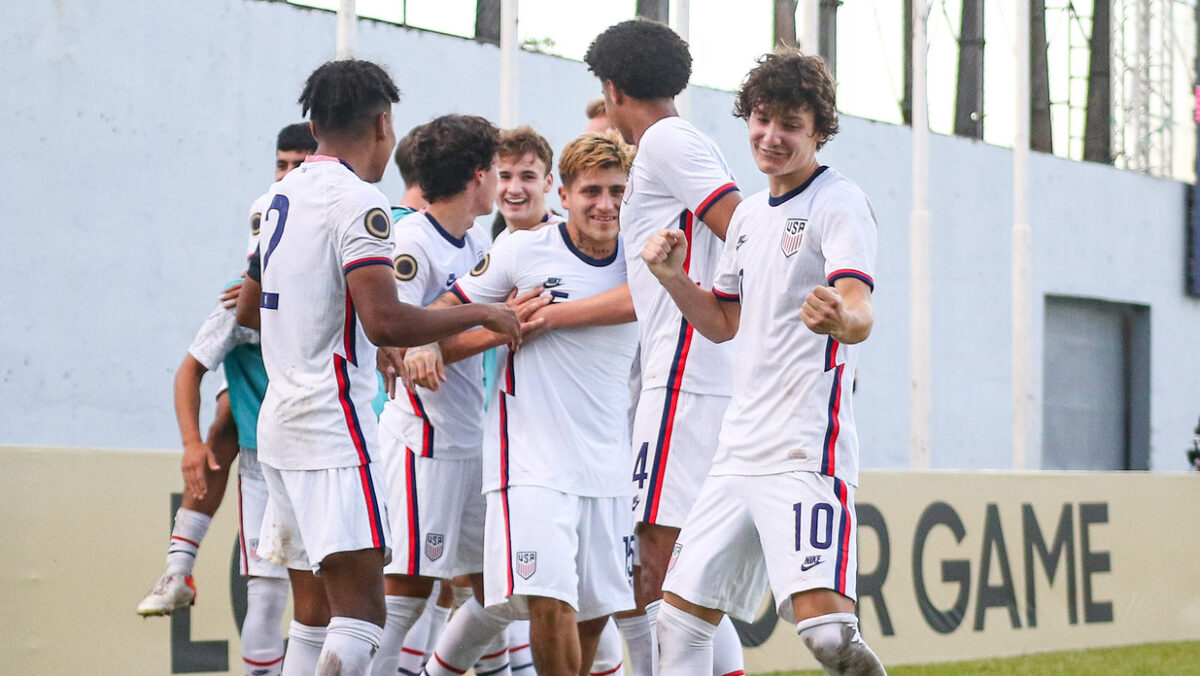 The U.S. Under-20 men’s national team’s dream of reaching the 2023 FIFA U-20 World Cup became a reality on Tuesday night as Mikey Varas’ side clinched its spot in Indonesia after downing Costa Rica in quarterfinal action.

Paxten Aaronson registered a brace while Quinn Sullivan and Caden Clark reach added assists as the USMNT U-20’s defeated Costa Rica 2-0 at the Concacaf U-20 Championship. Chris Brady made three saves in goal to preserve his third clean sheet of the tournament as the Americans reached the semifinals for a showdown with hosts Honduras.

Aaronson needed only five minutes to break the deadlock from San Pedro Sula, hammering home from a left-footed effort at the top of Costa Rica’s box. Mauricio Cuevas started a counter-attack opportunity after a long-ball out of the back allowing Quinn Sullivan to eventually connect with Aaronson at the top of the box.

Aaronson hit a low drive into the bottom-left corner for his third goal of the tournament.

Brandon Aguilera came close to tying things up for Costa Rica in the 16th minute, but Brady dove low to deny the midfielder his first goal of the tournament.

Bayron Mora continued to stay busy for Costa Rica in the 30th minute, denying Sullivan with a kick save from point-blank range before also repelling Rokas Pukstas’ header on the ensuing corner kick.

Sullivan had a great opportunity to double the USMNT U-20’s lead in the 38th minute after picking up a loose ball in the box. Mora was up to the task again for Costa Rica, this time diving low to punch away Sullivan’s hard-hit effort.

Pukstas was also denied before halftime after Brandan Craig’s free kick was headed towards goal by the Hajduk Split midfielder. Mora dove low to keep the scoreline at 1-0 heading into the break.

Aaronson was in the right spot in the 50th minute to score his second goal of the match, stroking home after Caden Clark headed a cross back into the box. Mora got one hand to Aaronson’s shot, but was unable to keep his right-footed shot out.

Costa Rica had a golden opportunity to cut the deficit in half as Mauricio Cuevas was whistled for a handball in the box. However, Brandon Aguilera was unable to deliver for The Ticos in the 54th minute as the captain skied his effort over Brady’s goal.

Dorian Rodriguez came off of the bench for The Ticos and was denied by the left post in the 70th minute after a free kick from Costa Rica could not find the back of the net.

The Americans grinded out their fourth shutout of the tournament, advancing now to the final four for a chance to qualify for the 2024 Summer Olympics in France.