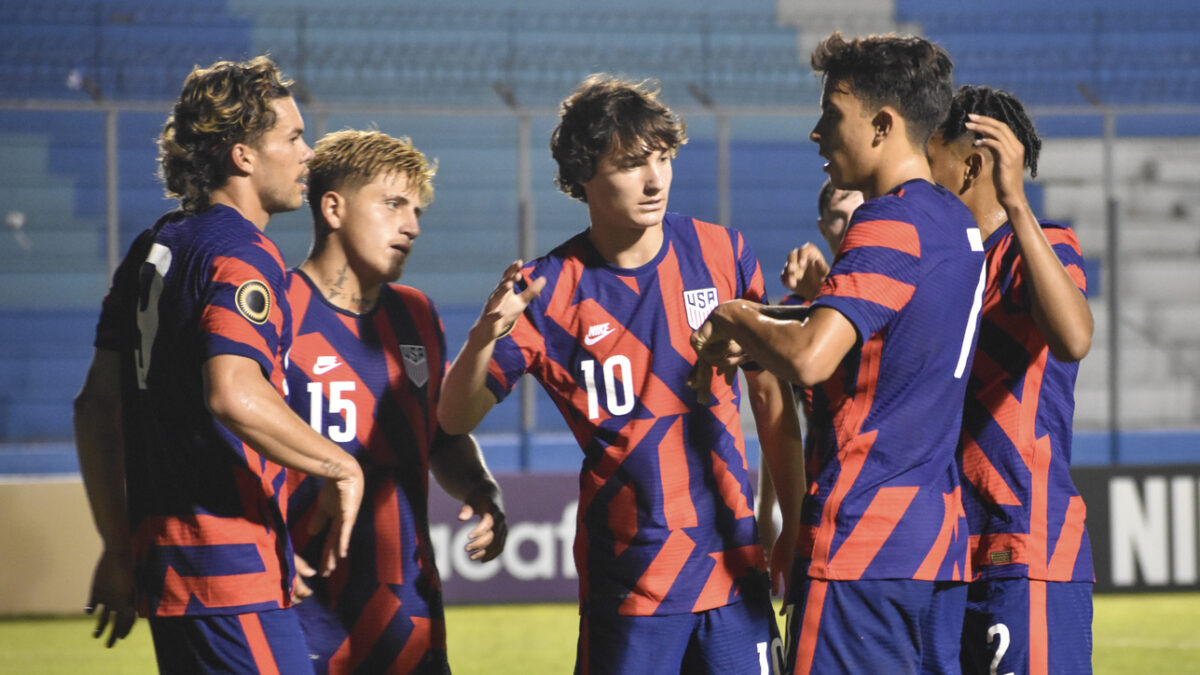 The U.S. Under-20 men’s national team has found its groove at the right time at the Concacaf Under-20 Championship, but the Americans will face their toughest test yet in Tuesday’s quarterfinal showdown with Costa Rica (7 p.m., FS2, TUDN).

Standing in the way of a 2023 FIFA U-20 World Cup berth for the Americans are The Ticos, who will also be aiming to book their spot in both competitions with a victory. Costa Rica is 2-1-1 in Honduras this summer, most recently rolling past Trinidad & Tobago, 4-1, in Saturday’s Round of 16 victory.

Varas has watched his attack flourish in back-to-back victories over Cuba and Nicaragua respectively, with Philadelphia Union homegrown forward Quinn Sullivan riding an excellent run of form. Sullivan has scored five goals in his last two starts for the USMNT U-20’s, while also drawing one penalty kick in the recent 5-0 rout of the Nicaraguans in Round of 16 play.

Caden Clark and Paxten Aaronson will both be pushing to start in the midfield after coming off of the bench on Saturday. Diego Luna and Cade Cowell both impressed with their distribution in Saturday’s victory while Jack McGlynn, Tyler Wolff and Rokas Pukstas all are additional options for Varas to call on.

The USMNT U-20’s have only conceded two goals in 360 minutes of action in Honduras, with both of those coming in a 2-2 draw with Canada. Chicago Fire goalkeeper Chris Brady has registered consecutive shutouts, while captain Mauricio Cuevas has anchored the backline.

Brandan Craig, Jalen Neal, and Marcus Ferkranus have all started alongside one another in the competition, providing continuing chemistry for the young group of centerbacks. Neal recently scored against Nicaragua while Ferkranus returned to the starting lineup after not starting in Matchday 3 vs. Cuba.

The Americans kept their foot on the gas against Nicaragua even after being up by two goals early in the second half, and easily could’ve walked away with an even larger scoreline than 5-0. Despite a new squad in Costa Rica opposing them on Tuesday, the USMNT U-20’s will look for similar success against their in-form counterparts.

Dorian Nunez has been the top attacking options for The Ticos, and overall one of the best in the tournament so far, netting four goals in four appearances. The 19-year-old scored twice in the Round of 16 and also found the net in matches against Jamaica and Antigua and Barbuda.

Shawn Johnson and Josimar Alcocer have also netted goals for The Ticos, giving them other offensive options to rely on if Nunez is kept under tight watch. 19-year-old goalkeeper Bayron Mora has posted two clean sheets in the competition and overall has only conceded three goals while making 15 saves.

Only one of Costa Rica’s eight goals scored have come in the first half of its matches, giving the USMNT U-20’s plenty to think about in terms of tactics and strategies.

After breezing to three of its four wins, the USMNT U-20’s will be favored to defeat Costa Rica on Tuesday night in San Pedro Sula, but an in-form Nunez will be tough to stop as both teams aim for World Cup qualification.