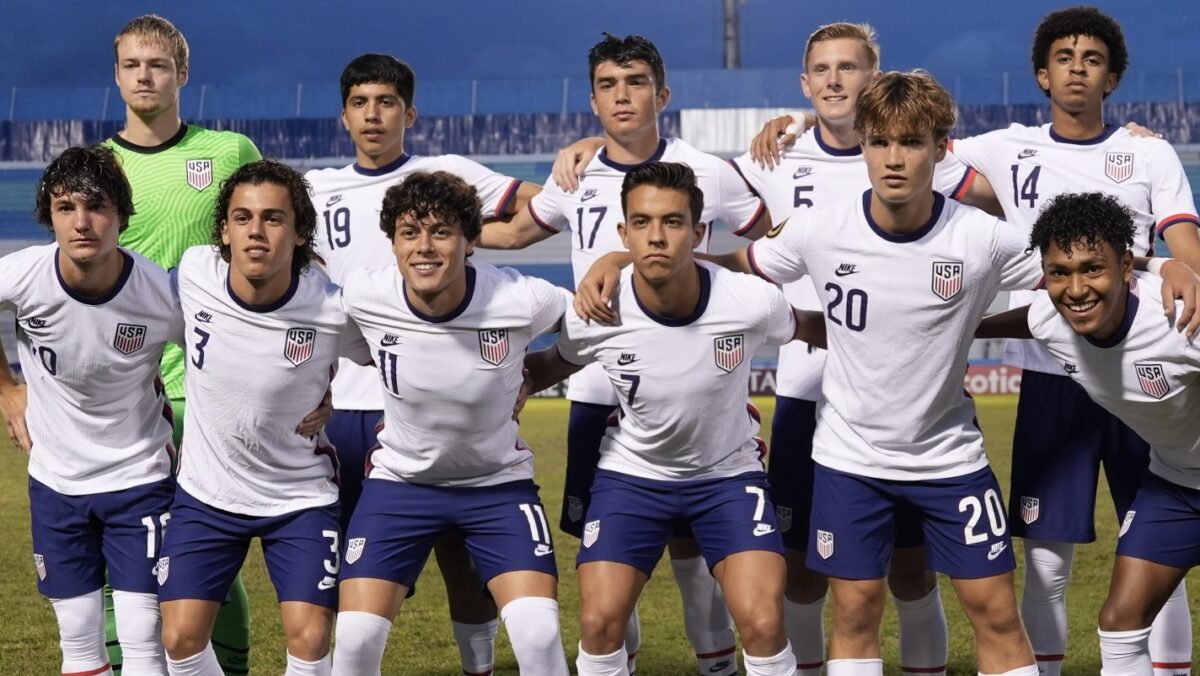 The U.S. Under-20 men’s national team needed three points on Wednesday to top Group E at the Concacaf U-20 Championship and thanks to a first-half hat trick from Quinn Sullivan, Mikey Varas’ side finished group stage play on top.

Sullivan’s first-career international hat trick in competitive action propelled the USMNT U-20’s to a 3-0 victory over Cuba at the Estadio Nacional Chelato Ucles on Wednesday night. The result moved the Americans to first place in Group E and clinches them a Round of 16 showdown with Nicaragua on Saturday.

Sullivan retained his spot in Mikey Varas’ starting lineup and didn’t waste any time in making an impact. The 18-year-old broke the deadlock in the second minute, getting on the end of a cross from Caden Clark at the back post.

The USMNT U-20’s kept their foot on the gas early and capitalized on another counter attack to double their lead. Alejandro Alvarado played in Sullivan towards goal, allowing the Philadelphia Union forward to smash a right-footed shot into the top-left corner.

Sullivan capped off his hat trick in the 42nd minute after racing onto an over-the-top ball from Paxten Aaronson and sliding a low shot past Ismel Morgado. It was Sullivan’s first international hat trick in a competitive tournament.

Chris Brady was called into action twice in the match for the USMNT U-20’s, with his best effort coming in the 59th minute to deny Ronaldo Noda. The Chicago Fire goalkeeper rebounded from Monday’s performance by posting his first competitive clean sheet for the USMNT U-20’s.

Varas was able to rest several players in the match, with Sullivan, Aaronson, and Mauricio Cuevas all being substituted off at halftime. Defender Marcus Ferkranus and midfielder Daniel Edelman were unused subs in the match.

The Americans held on for the shutout victory, ending group stage play with a 2-0-1 record.