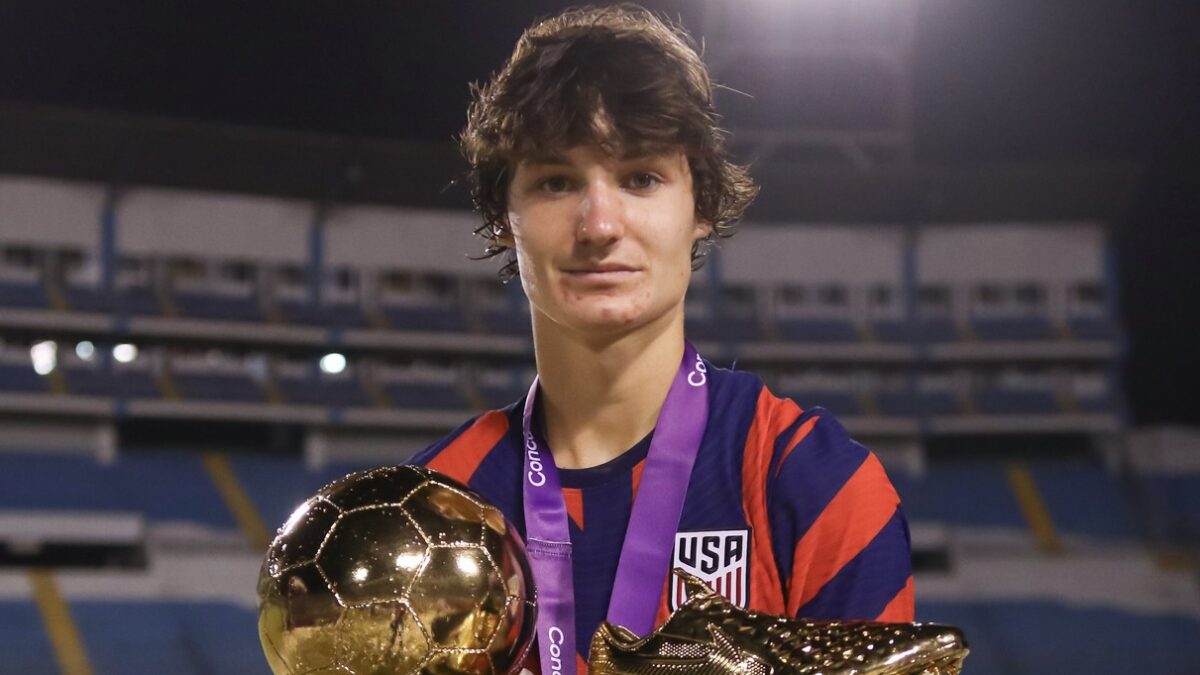 The U.S. Under-20 men’s national team not only picked up its first trophy since 2018 on Sunday night, but also saw four players chosen in the Concacaf U-20 Championship Best XI.

Golden Boot winner Paxten Aaronson, Quinn Sullivan, Jalen Neal, and Chris Brady were all named to the tournament’s Best XI on Monday, following the Americans 6-0 finals victory over the Dominican Republic. Mexico, Dominican Republic, and hosts Honduras all had two players chosen in the honor, while Guatemala had one representative.

Aaronson led the tournament with seven goals scored and also was named the Golden Ball winner, which is given to the best overall player. The Philadelphia Union midfielder was chosen alongside his club teammate Quinn Sullivan, who netted six goals and finished second in the Golden Boot race.

Neal started in five matches for Mikey Varas’ squad, scoring once in a 5-0 Round of 16 victory over Nicaragua. The L.A. Galaxy defender has only made one appearance for the MLS club to date, mainly featuring for Galaxy II in the USL.

Here’s a closer look at the full Best XI: