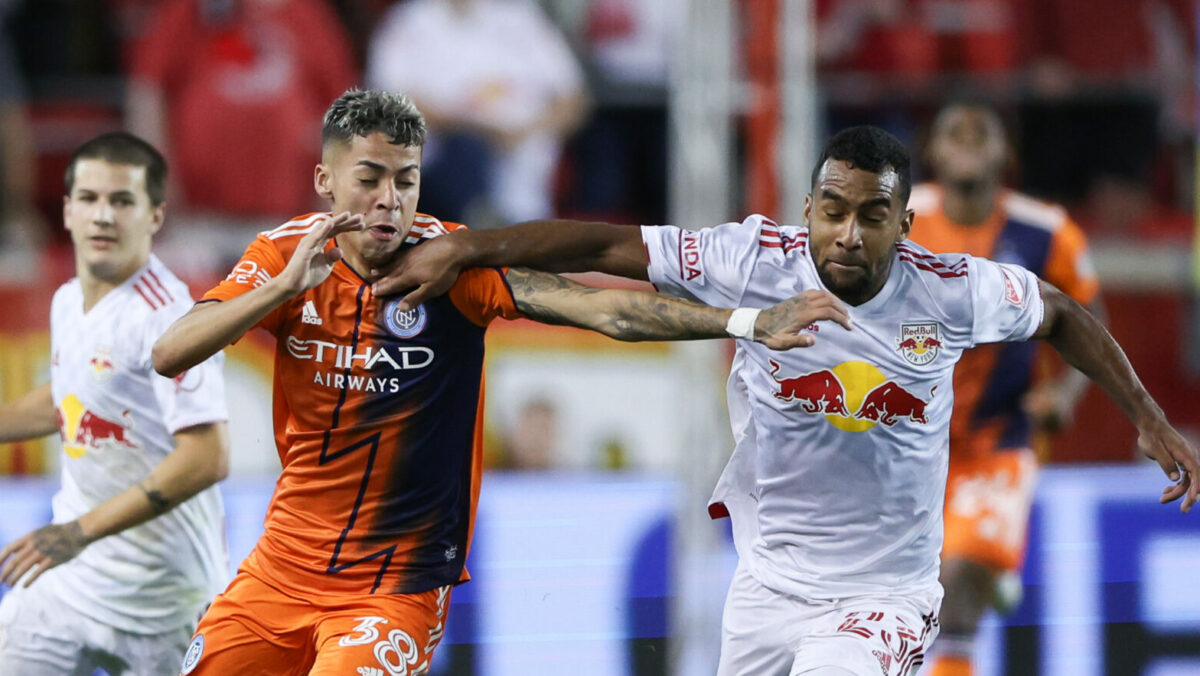 A high-stakes Hudson River Derby matchup pits two of the most excellent Eastern Conference sides together to highlight the weekend’s MLS slate. Among the other top matches to watch are another Texas rivalry between Austin FC and FC Dallas and an in-state battle between FC Cincinnati and the Columbus Crew.

The Crew and FC Cincinnati could go ahead and fight for a playoff spot, and this matchup could be revealing. The Crew are just one point behind FC Cincy, with Pat Noonan’s side occupying a playoff spot at sixth-place and the Crew on the outside in eighth. The Crew have received three goals in two games from new striker Cucho Hernandez and it bears watching whether Hernandez will provide more.

The competitive rivalry between Sporting Kansas City and Real Salt Lake rarely disappoints, and the two clubs will meet again on Sunday. Sporting KC’s playoff exit to RSL, weeks after a loss to end the regular season, will be fresh in the players’ minds as they travel to Rio Tinto Stadium for this Western Conference matchup.

Here are the top matchups of Week 20 in MLS.

Plenty is at stake in the latest installment of the Hudson River Derby. The bragging rights in New York City are available, of course, but so is the potential lead in the Eastern Conference and the chance to continue current unbeaten streaks of three matches for the Red Bulls and four for NYCFC.

The Red Bulls have displayed a knack for strong defense recently. Veteran centerback Aaron Long is putting in impressive shifts as the Red Bulls have registered one shutout and conceded only two goals in the past three matches. NYCFC, on the other hand, is getting strong production from Valentin Castellanos, who has scored four goals in his last two appearances.

These two teams faced off earlier in U.S. Open Cup play, with the Red Bulls winning 3-0, but this match will feature much stronger lineups on either side. Both teams are mostly healthy, but Keaton Parks remains out for NYCFC.

The Crew have struggled in the 2022 season up to this point, but new DP signing Cucho Hernandez already appears to be able to turn things around. Hernandez has three goals in his first two appearances and the Crew have quietly put together a seven-match unbeaten streak.

Hernandez will face off with Brandon Vazquez, who leads FC Cincinnati’s attack as it continues fighting for its first playoff berth. Vazquez has scored twice in his last two matches, but Cincy has lacked the killer instinct with four straight draws.

Miguel Berry was at his best against FC Cincinnati last season, producing two memorable results for the Crew. Berry scored two late goals for a comeback 3-2 win over Cincy in 2021. Before that, Berry scored a late equalizer to earn a 2-2 draw in the same season.

FC Dallas looks to halt its continued poor form with another in-state matchup, this time taking on Western Conference contenders Austin FC. FC Dallas poses a potent attacking threat with Jesus Ferreira, Paul Arriola and Alan Velasco. Austin FC, on the other hand, has even more to offer with Sebastian Driussi’s 11 goals, Diego Fagundez’ eight assists and some strong recent form from Ethan Finlay on the other wing.

Ferreira, Arriola or Velasco are each still performing well, but Nico Estevez’ team has struggled to put it all together in the same match. The back line is struggling, too, giving up multiple goals in four of the last six games.

FC Dallas and Austin FC have squared off five total times, with only one matchup producing fewer than three goals. With Dallas on the brink of going two months without a win, an upset would be big in this rivalry match.

The history between Real Salt Lake and Sporting KC go back a long way, with Sporting KC winning a marathon penalty shootout to come back and win the 2013 MLS Cup over RSL. More recently, RSL controversially won 1-0 on the last day of the regular season to punch its ticket to the playoffs. Then, RSL took it a step further by knocking Peter Vermes’ side out of the playoffs a couple of weeks later in the Western Conference semifinal.

The recent bad blood, plus the history between these teams, this is a rivalry match worth watching. Sporting KC is coming off a 1-1 draw in Minnesota, and stays on the road to face an RSL team that excels at home with a 6-0-3 record. But meanwhile, RSL has gone four games without a win after a midweek loss to Atlanta United and a run of poor defensive performances.

The Union showed out in a 7-0 demolishing of D.C. United last week, then earned another win in midweek over Inter Miami. Jim Curtin’s team will stay at Subaru Park to welcome Bruce Arena’s Revolution, which will be motivated to bounce back from a frustrating 4-2 loss at NYCFC last weekend.

The Revs are receiving some standout performances from 22-year-old winger Dylan Borrero and Sebastian Lletget is making his presence known since returning to health, but the team has also gone four matches without a win. The Revs will look to resume climbing the standings in the Eastern Conference, and though they are in ninth place, they are only 11 points away from the first-place Union.

Each of the last four matches between the Union and Revs have been decided by either one goal, or have been a draw. The teams drew on May 28 at Gillette Stadium in a match in which the Revs dominated possession, but Union striker Mikael Uhre claimed a point with a tying goal in the 77th minute.