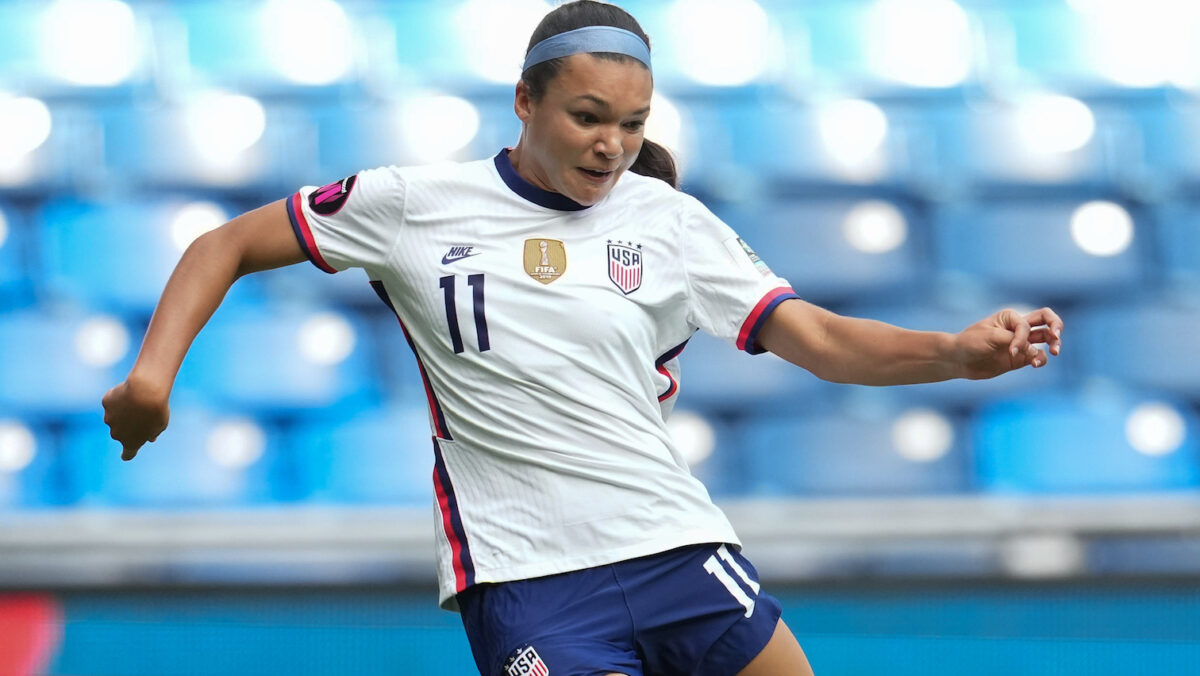 Sophia Smith remained in the U.S. women’s national team’s starting lineup on Thursday and walked away with her first two World Cup Qualifying goals in the process.

Smith started, scored her first World Cup Qualifying brace, and played 45 minutes for Vlatko Andonovski’s side in a 5-0 Matchday 2 victory over Jamaica, helping the Americans move one step closer to a berth in the 2023 FIFA Women’s World Cup. Smith earned SBI Woman of the Match honors after making an immediate impact in the lopsided victory.

The 21-year-old made her second start of the tournament and needed only eight minutes to flip the match in the USWNT’s favor in Guadalupe. Smith’s pair of clinical right-footed finishes helped the Americans take a two-goal advantage in the first half and truly cruise to three points against Jamaica.

Smith has been deadly in NWSL play this season for the Portland Thorns, scoring eight goals in nine appearances for the Western Conference club. That goalscoring success has carried over to the international level where Smith came into the Concacaf Women’s Championship with five goals seven prior appearances in 2022.

Smith’s clever running in the final third paired with a scary eye for goal has made her one of the promising young players in Andonovski’s roster going forward.

Smith beat out Ashley Hatch, Rose Lavelle, and Sofia Huerta for Woman of the Match honors.

What did you think of Smith’s performance? Who was your pick for Woman of the Match?