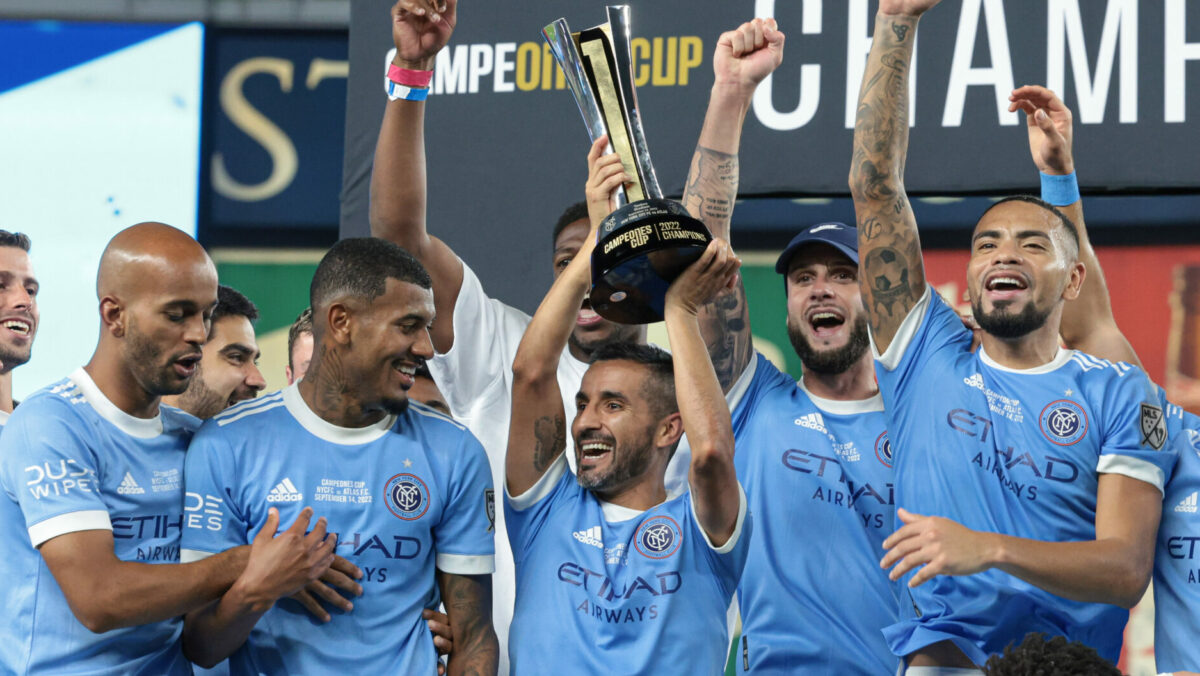 New York City FC’s quest to repeat as MLS Cup champions remains a work in progress, but Nick Cushing’s side rose to the challenge on Wednesday night to pick up its first piece of silverware this year.

NYCFC downed Liga MX opponents Atlas 2-0 at Yankee Stadium to win the 2022 Campeones Cup on home soil. Alexander Callens and Maxi Moralez both scored goals for the MLS hosts while Luis Barraza made seven saves to preserve the shutout victory.

Callens needed only four minutes to propel NYCFC in front, tucking away a left-footed shot into the bottom corner. Nicolas Acevedo’s original shot was saved by Atlas goalkeeper Camilo Vargas, but Callens was in the right spot to score the rebound attempt.

Anderson Santamaría and Julian Quinones had efforts denied by Barraza as the NYCFC No. 2 goalkeeper kept Atlas at bay in the opening 45 minutes. Barraza’s saves were important as NYCFC wasted little time after halftime to double its advantage.

Maxi Moralez helped ice the victory by slotting home a right-footed shot into the bottom-right corner of Vargas’ net.

Barraza continued to deliver for NYCFC as the second half went on, denying Quinones two additional times while also getting two hands to Diego Barbosa’s shot in the 87th minute. NYCFC hung on to pick up a needed home victory and give MLS its third Campeones Cup triumph in four tries.