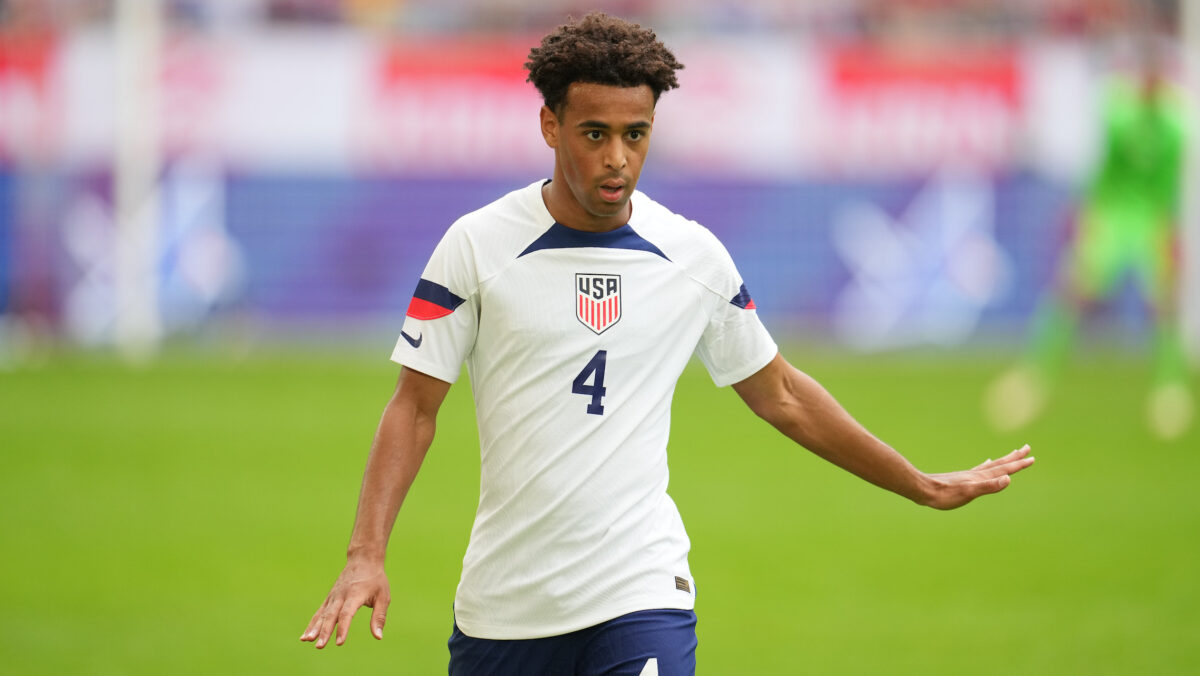 DOHA, Qatar — There may be more famous players, like Christian Pulisic, and more bold and outspoken players, like Weston McKennie, but no U.S. men’s national team player has established themselves as more of an irreplaceable and inspirational presence than Tyler Adams.

The baby-faced and lion-hearted midfielder has worn the captain armband nine times for the USMNT, sharing the duties in Gregg Berhalter’s ‘Captain by Commitee’ approach to team leadership, but it always felt inevitable that when the team returned to the world stage in its first World Cup in eight years, that the Leeds United midfielder would be the one to lead the Americans into the fray.

Berhalter made it official on Sunday, announcing Adams as the USMNT’s captain for the 2022 World Cup, making the 23-year-old the youngest American World Cup captain since Walter Bahr in 1950. Berhalter selected the 23-year-old ahead of veteran centerback Walker Zimmerman and Pulisic, who both wore the armband at different points during the team’s recent World Cup qualifying campaign.

“Tyler’s a guy who is mature beyond his years and you notice that as soon as you start talking to him,” Berhalter said on Sunday. “His teammates know exactly what they’re going to get from him. They know he’s going to go out on the field and compete.”

“It’s a huge honor for me,” Adams said. “I always think that pressure is a privilege said. “It’s a very young team but a lot of credit to my teammates because anyone throughout our leadership council can wear that armband and represent us in the right way.

“We’ve established that we all lead in different ways and anyone can represent us,” Adams said. “I’m very competitive and try to hold the people around me to the same standard.”

“He’s huge. He brings so much energy. He brings attitude and to have his qualities has a player, but also his qualities of a leader already is impressive,” Tim Ream told SBI when asked about Adams. “To see where he’s been, with the games that he’s played in. The Champions League, or when he’s playing with Leeds. He’s not the focal point, but he’s the heartbeat of this team, without a doubt.

“He’s vocal. he’s demanding. He has attitude. He can get in guy’s faces if he needs to, if he feels like that’s what that guy needs,” Ream said. “He’s just an all-around good player and good person, he’s the type of player you build a team around. He’s gritty and he’s the one that can galvanize the team and pull them in the same direction. To see his development from his first camp to now has been fun to watch.”

A part of the generation of players who earned their USMNT debuts after the team’s failed World Cup qualifying campaign for the 2018 World Cup, Adams has been a permanent fixture in the USMNT midfield during Gregg Berhalter’s tenure as head coach, with injury being the only thing to keep him out of the lineup.

Adams cemented his status as an irreplaceable cog in Berhalter’s plans during the most recent World Cup qualifying campaign, when he not only managed to stay healthy, but he also provided a consistently reliable presence in central midfield.

As well as he played in World Cup qualifying, Adams could be even better at this World Cup as he enters riding an excellent run of form with Leeds United, thriving at the English Premier League club since his summer move away from RB Leipzig.

Adams has reunited with Jesse Marsch — his head coach at the New York Red Bulls and assistant at RB Leipzig — and partnered in the Leeds midfield with Brenden Aaronson.

“I’ve played with Tyler enough now to just see that he is a completely different person on the field,” Brenden Aaronson said. “On the field he puts his game face on and he gives us all for the team.

“I think that’s something that’s really underrated about Tyler is not only does he win a ton of tackles and is all over the place but I think his on the ball this year has been unbelievable for us,” Aaronson said. “The switching the point of attacks. The connecting the little 10, 15 yard passes in the middle and he’s done everything. I think he’s been fantastic this year.”