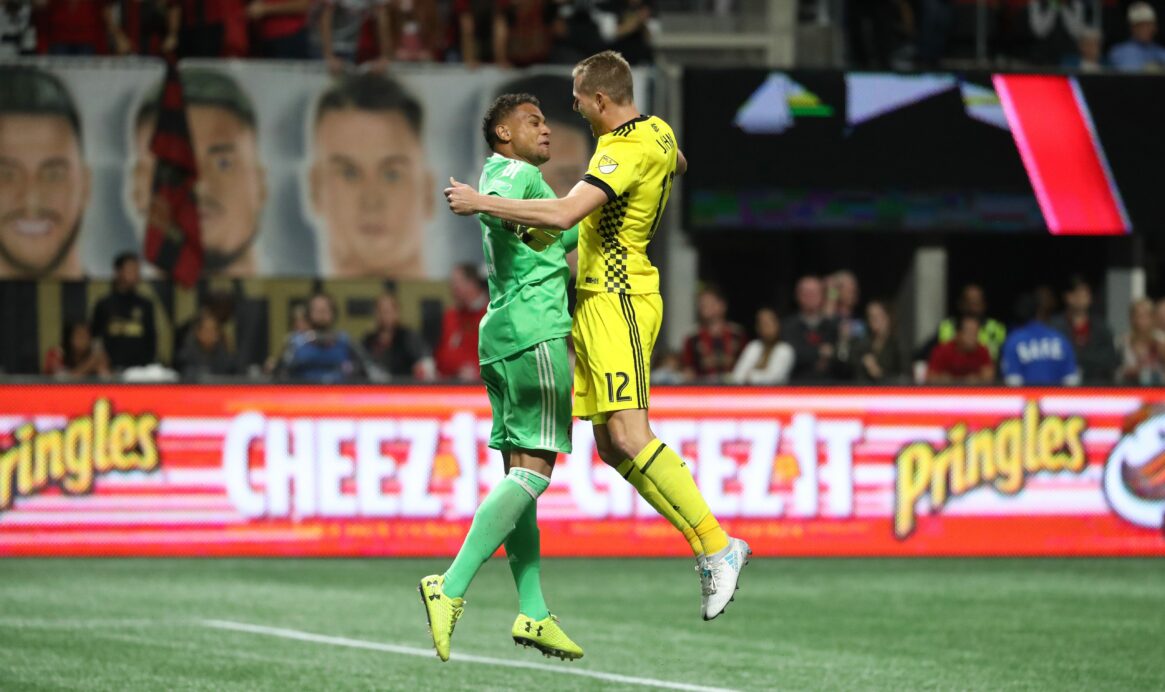 Zack Steffen rose to prominence during a penalty kick shootout two-and-a-half years ago.

As a standout at Maryland, the then-20-year-old goalkeeper put in a heroic performance in the U-20 World Cup quarterfinals before stopping several shots in what ended as a heartbreaking penalty kick loss to eventual champions Serbia. In the years that followed, he went to Germany, came back home and began his career in earnest with the Columbus Crew while showing signs of the goalkeeper many pegged as a future U.S. Men’s National Team starter on that day in New Zealand.

On Thursday in his first MLS playoff match, Steffen showed each and every one of those signs in what turned out to be one of the best postseason goalkeeping performances in recent memory.

Steffen made a whopping eight saves throughout a scoreless 120 minutes on Thursday, ranging from diving stops to leaping saves to quick reaction stops on shots the Atlanta crowd was seemingly willing towards the back of the net. Steffen stopped every single one of them, and then he stopped two more in the penalty kick shootout to send the Crew past Atlanta United and into the conference semifinals.

“We wanted to shut that crowd up and we did, so it felt good.”

It wasn’t easy, though. Thursday was most certainly a 120 minute battle, and Steffen was the star. There was his slight touch on Miguel Almiron’s early shot. There was his magnificent diving stop on a Leandro Gonzalez Pirez header. There was even a stoppage time stop on Hector Villalba that sent the match to 30 additional minutes.

Once there, Steffen wouldn’t be beaten, and it was clear that the tide had turned heading into penalty kicks. Steffen stopped shots from Julian Gressel and Gonzalez Pirez to open the shootout, all but sealing the win with yet another big-time penalty kick performance.

“I just had a good feeling about where they were going,” Steffen said. “Once you pick a side, you have to just go all out and fortunately I was able to come up with one or two.

“I had a good feeling. I knew the guys would put them away. As long as I make one or two (saves), it’s ours.”

Steffen’s performance wasn’t unique or unexpected, though. Throughout the season, Steffen evolved as a goalkeeper in what was his first campaign as a full-time starter. He grew in confidence and stature throughout the year, while the three penalty kick saves scattered throughout 2017 were an added bonus.

The goalkeeper isn’t just a specialist or even just a prospect anymore, according to his head coach. Rather, he’s turned into a player Gregg Berhalter can rely on and have genuine faith in, despite his inexperience.

“We met with the production crew yesterday and they asked what the most surprising thing has been this season thus far, and I mentioned Zack,” Berhalter said. “Just his poise and his calm and his performance for being such a young player, it’s really special to see and today is no exception.

“He played a great game, stayed calm, stayed focused and, in penalties, what can you say? He saves two, another hits the crossbar. He showed that he affected them.”

Now, Steffen will look to affect an NYCFC team that scored twice on him just last Sunday. With David Villa up top, NYCFC will always be dangerous and they’ll always have a few big chances that very well could produce goals.

On Thursday, Steffen stopped each of those chances fired by Atlanta United, and he hopes to stop a few more as the Crew’s postseason run continues on.

“It’s been a long season. There have been a lot of games,” Steffen said. “It’s experience. You learn and towards the end of the season you get into good form. Right now, I feel good and the guys are playing well so I have to keep the team in the game.

“It’s been amazing. It’s been a lot of fun to be on the field behind them and battle. It gives me motivation to keep them in the game, and we’re not done yet.”