Who Should Start for USWNT vs. China? 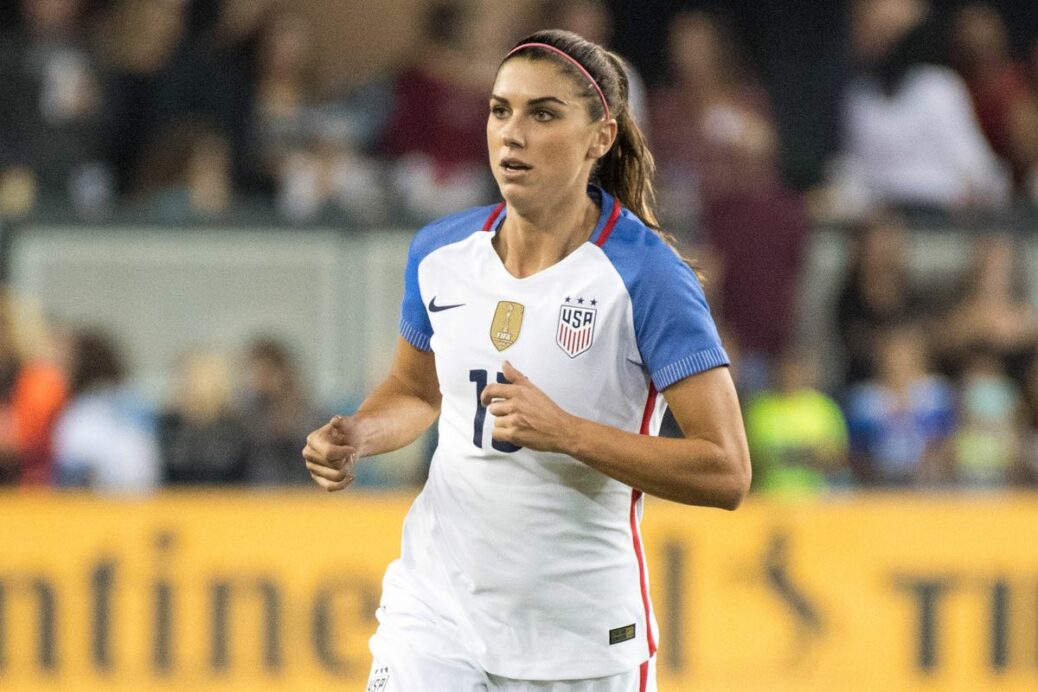 The U.S. Women’s National Team continues its preparations for the CONCACAF Women’s Championship with a set of friendlies against China, the first coming on Thursday.

The U.S. continues getting some bad luck with injuries, as usual starters Kelley O’Hara and Mallory Pugh miss camp. However, there is good news for Jill Ellis, as many have made their long awaited returns from injury, including the likes of Julie Ertz, Samantha Mewis, and Tobin Heath.

These friendlies might see those players enter the lineup, but could also see the inclusion of a few players on the fringes that Ellis has invited. Injuries have allowed the head coach to expand the player pool as far and wide as she can, which may result in national team debuts for the likes of Merritt Mathias and goalkeepers Abby Smith and Casey Murphy this time around.

Here’s a look at who could start on Thursday night: 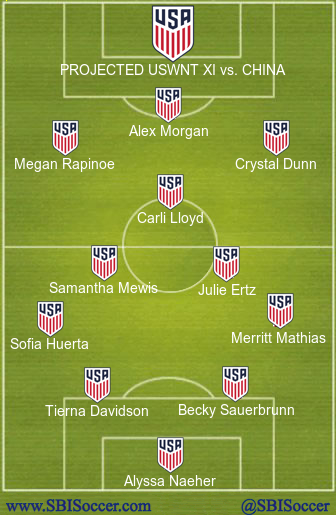 As frequent starters in the defensive unit, Alyssa Naeher, Becky Sauerbrunn, and Tierna Davidson will likely get the start once again. The areas of interest across the backline, though, are the left and right back positions, where the usual choices are not available. Merritt Mathias may get her first cap while Emily Sonnett and Casey Short miss time with injury, and Sofia Huerta could fill in for O’Hara at left back.

Ahead of them, Ellis may elect to start Ertz and Mewis together for the first time in seven months, a pairing that allowed the U.S. to dominate midfield play. In front of them might be Carli Lloyd while some of her competitors in the position are injured. Though Rose Lavelle is available, she has only just made her return from a hamstring injury that kept her out for nine months and will likely not start.

Further up the pitch, Alex Morgan and Megan Rapinoe will likely continue as locked starters while healthy, but a slot opens up on the right side with Pugh’s injury. Crystal Dunn could be the best replacement available, even though she is Ellis’s preferred backup to O’Hara.

Heath could also pick up minutes in the attack, though whether or not she starts will depend on how fit Ellis thinks she is following a six-month absence with an ankle injury.