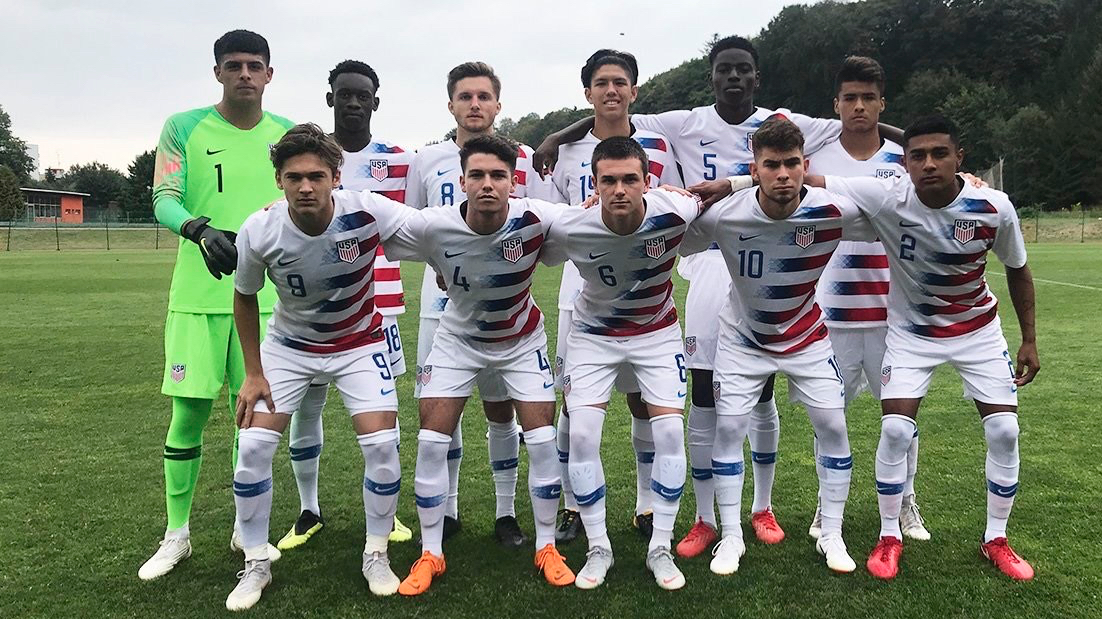 The U.S. U-18 Men’s National Team lifted their first trophy of 2018 on Saturday, winning the Vaclav Jezek Youth Tournament in the Czech Republic.

Tab Ramos’ side exacted revenge and defeated Japan 4-2 in a penalty kick shootout, after the teams were tied 1-1 after regulation. Ulysses Llanez scored the lone goal for the U-18’s while goalkeeper David Ochoa came up big in the shootout.

Ochoa made a pair of saves as the U.S. held on for their third tournament title in the past four years. The 17-year-old is currently under part of the Real Salt Lake’s youth academy, and featured for their USL affiliate earlier this season.

After a 1-1 draw in FT, the 🇺🇸 U-18 MNT take down 🇯🇵 4-2 in PK’s behind ✌️ MASSIVE saves from @RealSaltLake GK David Ochoa to capture the 2018 Vaclav Jezek Youth Tournament title. pic.twitter.com/uaUWvAOvp8

The U.S. earned a 5-0 win over Bulgaria and a 2-1 triumph over the United Arab Emirates earlier in group stage play. A 1-1 draw against hosts Czech Republic on Friday saw the U.S. advance to Saturday’s final.

Arsenal product Folarin Balogun scored two goals in the tournament, while Gabe Segal also found the back of the net twice.