Wednesday Ticker: Messi back in training, World Cup expansion possible in 2022, and more 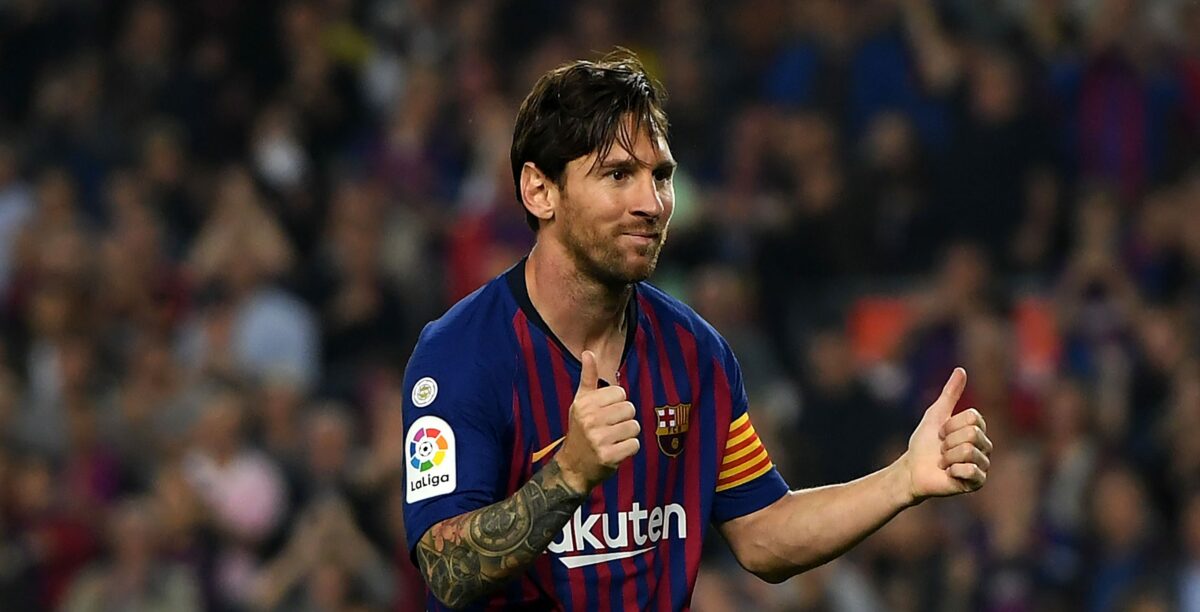 After breaking his arm against Sevilla earlier this month Lionel Messi looks set to return early from an injury that was first thought to keep him out for three weeks.

Messi returned to light training on Wednesday and may be fit to face Rayo Vallecano this Sunday. (REPORT)

FIFA acknowledged that its computer systems were hacked earlier this year. (REPORT)

Jose Mourinho will not be charged by the Football Association for allegedly directing an insult in Portuguese toward a T.V. camera following a 3-2 win against Newcastle United (REPORT)

Real Madrid has not contacted Belgium manager Roberto Martinez about taking over as full-time manager. (REPORT)

Antonio Conte officially ruled himself out of the running for the Real Madrid permanent managerial position. (REPORT)

Former Arsenal manager Arsene Wenger says he won’t start looking for a new job until early in 2019 and suggested it won’t be in England. (REPORT )

The helicopter that carried Leicester City owner Vichai Srivaddhanaprabha and four others on Saturday that crashed and killed all on board appeared to be operating normally upon take-off. (REPORT )

Leicester City’s game at Cardiff City this Saturday will be played after the tragic events of last Saturday. (REPORT )

Tottenham is facing a field inspection from UEFA due to the damaged caused by an National Football League game and the match against Manchester City taking place in the space of 24 hours. (REPORT)

Bayern Munich midfielder Thiago Alacantara will miss up to six weeks with an ankle injury. (REPORT )

Riot police were needed to protect the referees after a VAR decision angered Gremio fans when a penalty was awarded to River Plate in the second leg of the Copa Libertadores semi-final that saw River Plate advance. (REPORT)

Former Juventus and Italy forward Vincenzo Iaquinta has been sentenced to two years in jail for a firearms offense. (REPORT)

Miazga struggling at Nantes, could return to Chelsea (READ)