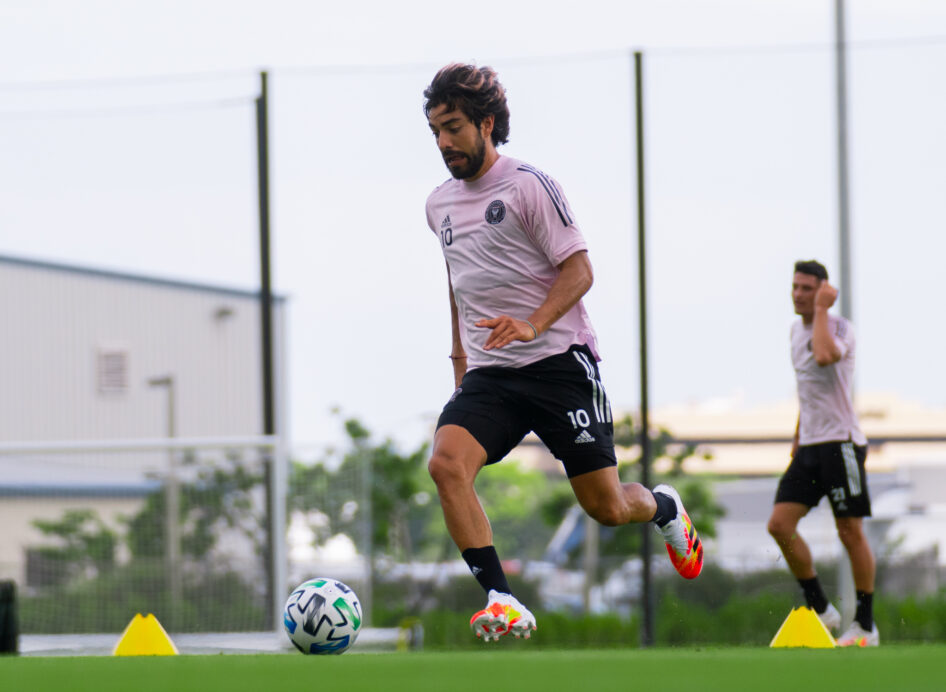 A trophy might be on the line this summer and Inter Miami does want to win it, but that is not exactly where the expansion side’s main focus lies.

MLS is set to return next month via a World Cup-style tournament, and for Inter Miami that represents, among other things, an opportunity to show it is growing as a team. Sure, the competition in Orlando, Florida, has a title at stake, and it is one the ambitious fledgling franchise wants to take so as to begin establishing the winning culture that club has long spoken about.

That, however, will not be the only barometer for success as far as sporting director Paul McDonough is concerned.

“What I want out of the team and what I hope for out of the team is progress,” said McDonough on a conference call on Wednesday. “I think everyone has to have a goal of always trying to be competitive and to win, but I’m also very realistic in the fact that we’re an expansion team that’s just starting out. We don’t have the full complement yet of players.

“I just want progress. I want them to buy into (head coach Diego Alonso) and what he’s trying to teach them, and I think they are. I think if we continue to move forward in a positive direction and as we add more players to the squad, I think we’ll be competitive within the league.”

McDonough may be seeking progress more than anything, but do not confuse that as Inter Miami taking the tournament lightly. McDonough said that he had conversations with all the players to gauge their interest in playing in the summer event that could see them sequestered in a hotel for up to a month, and that he is now expecting “100 percent participation” after they all responded positively.

“Our plan is that we will depart for Orlando as late as possible so that we can keep our guys here in the comforts of the training facility and with their families,” said McDonough. “We’re not sure exactly what date that is yet because we don’t know when we’re going to play. Once the draw comes out then we’ll be able to formalize, but we will not arrive on the early phase —June 24 — and we’ll stay as long as possible in Fort Lauderdale.”

Inter Miami officials made it clear at the start of the regular season that they wanted to make two additions, including a Designated Player, to round out the inaugural squad.

The team was not able to as the pandemic forced most leagues across the world to temporarily shut down in March, but the hope from within is that a pair of reinforcements can be signed in the relatively near future.

“The additions that we can make will surely happen for after the tournament,” said manager Diego Alonso in Spanish on a later conference call. “Nonetheless, we’re working very hard, albeit quietly, to build the best team possible. If there is a chance to sign someone for the Orlando tournament, we would do it, but it’s more likely that we’ll have the chance to sign someone afterwards.”

The idea to bring two more players might still be intact, but it is proving a challenging task for Inter Miami. With COVID-19 affecting so many walks of life, the club’s front office has not been able to do much in-person scouting as of late.

“It’s been really, really difficult because I’m always one that, I believe in my eye and what my eye sees,” said McDonough. “With the pandemic you’re not able to do that so you have to spend a lot more time watching video. We’ve spent a lot of time watching games, going back even multiple years and watching different players and talking to different people.

“It’s certainly been very different, (relying more on) analytics, but for me there’s a little bit more risk because you can watch games and you can get analytics but there’s nothing like seeing a player live.”

Another item Inter Miami is looking to cross of its to-do list is acquiring a jersey sponsor. It had been reported back in February that Qatar Airways had agreed to a lucrative deal with the team and images of sponsored tops even surfaced online, but an official announcement was never made and Inter Miami played its first two official games without a sponsor.

Whether that will again be the case in the Orlando tournament remains to be seen, but Inter Miami is currently holding conversations with several interested companies.

“With everything we’re doing, we’re really trying to make sure we find the right partners that are going to be good for us for the long term.”

While Inter Miami is counting on the bulk of its players to be available in Orlando, three of the younger members on the squad will not. George Acosta, Denso Ullyse, and David Norman Jr. are all currently nursing injuries, and will be unavailable for this summer’s tournament.

“We have three guys injured right now and they’re injured for probably a while,” said McDonough. “George Acosta, who had the ACL injury prior; Denso Ulysse is still recovering from his foot and that’s going to take him a while; and David Norman, over the course of the break we decided to operate on him. He just started getting back jogging, but I think he’s still a couple months away.

“Everyone else is training in full.”