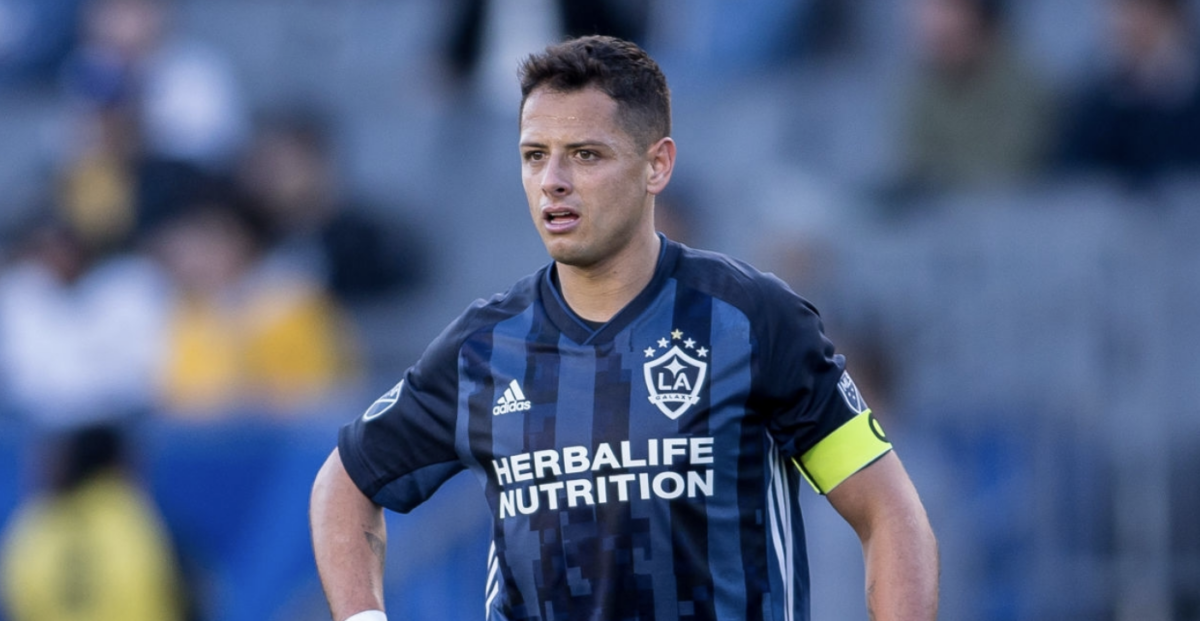 Javier “Chicharito” Hernandez was unavailable for the L.A. Galaxy in their 6-2 drubbing by rivals LAFC on Saturday. The Mexican international is also slated to miss the next few weeks for Guillermo Barros Schelotto’s side through injury.

Schelotto confirmed after the loss on Saturday that Hernandez will miss at least three weeks with a calf injury. He suffered the injury in training last week which forced him to miss a possible first El Trafico since his arrival in Los Angeles.

“He had a knock in training, an injury that will take three weeks to recover, or four weeks depending on the seriousness and his recuperation,” Schelotto said post match.

Chicharito scored his first Galaxy goal in a Matchday 1 2-1 loss to the Portland Timbers. His absence left a major hole in the Galaxy’s attack for Saturday’s defeat, one which saw LAFC striker Diego Rossi score four goals.

The Galaxy are 0-2-0 in their first two matches at the MLS is Back Tournament and will seek survival by defeating the Houston Dynamo on Thursday.

Vancouver Whitecaps veteran midfielder Russell Teibert has committed his future to the club.

The Western Conference club announced Saturday that Teibert signed a new contract, keeping him locked up through the 2023 MLS season. There is also an option for the 2024.

“Russell represents what we are building at this club with our four cornerstones,” Whitecaps CEO and Sporting Director Axel Schuster said. “He played in our first ever MLS game and has been a model professional on the pitch and in the community. He is a presence in our locker room that his teammates look upon for leadership and someone our Academy players look up to and respect.”

The 27-year-old joined the Whitecaps Residency Program in 2008 after a short spell in rivals Toronto FC’s Academy. Since debuting for the side in 2010, Teibert has become a key figure both on and off the field for the club.

He’s made 200 appearances for the club, scoring three goals and adding 21 assists in all competitions. Teibert helped the Whitecaps win the 2015 Canadian Championship and Internationally has earned 27 caps with the Canadian Men’s National Team.

“We are building a club that our supporters will be proud of, and I’m here for the long term,” Teibert said. “What the club has been doing, especially in the community over the past couple of months, convinced me this is an organization that I’d want to continue to grow with and a city I want to continue to call home.”

The Whitecaps continue play at the MLS is Back Tournament on Sunday night against Cascadia Cup rivals Seattle Sounders.

The Five Stripes will see Paraguayan forward Erik Lopez join on a permanent deal in January 2021, but first he will join Atlanta United 2 on loan for the current USL season. Lopez joins from Paraguayan side Olimpia and will look to become the latest attacking star on the Five Stripes roster in 2021.

“We’re excited to add a quality young forward in Erik to our club,” Atlanta United Vice President and Technical Director Carlos Bocanegra said. “Although only 18 years old, he already has first team and international experience playing in Paraguay’s top division and in the Copa Libertadores. He is a versatile forward with great instincts and movement.  He was highly sought after and we are pleased he chose to sign with our club.  We look forward to watching him flourish in the coming years.”

López joined Olimpia’s youth academy as a 13-year-old before working his way up to the senior team. He made his senior debut for Olimpia in Aug. 2019, scoring on his debut in a 4-0 win. Lopez finished his debut campaign with four goals and two assists in 12 appearances.

An international player for his native Paraguay, Lopez most recently has played for the Under-23 team. Despite being the only 18-year-old on the Olympic qualifying roster, Lopez couldn’t help the team avoid falling short of qualification.

Atlanta United fell 2-1 to the Tampa Bay Rowdies in their return to USL play on Saturday.