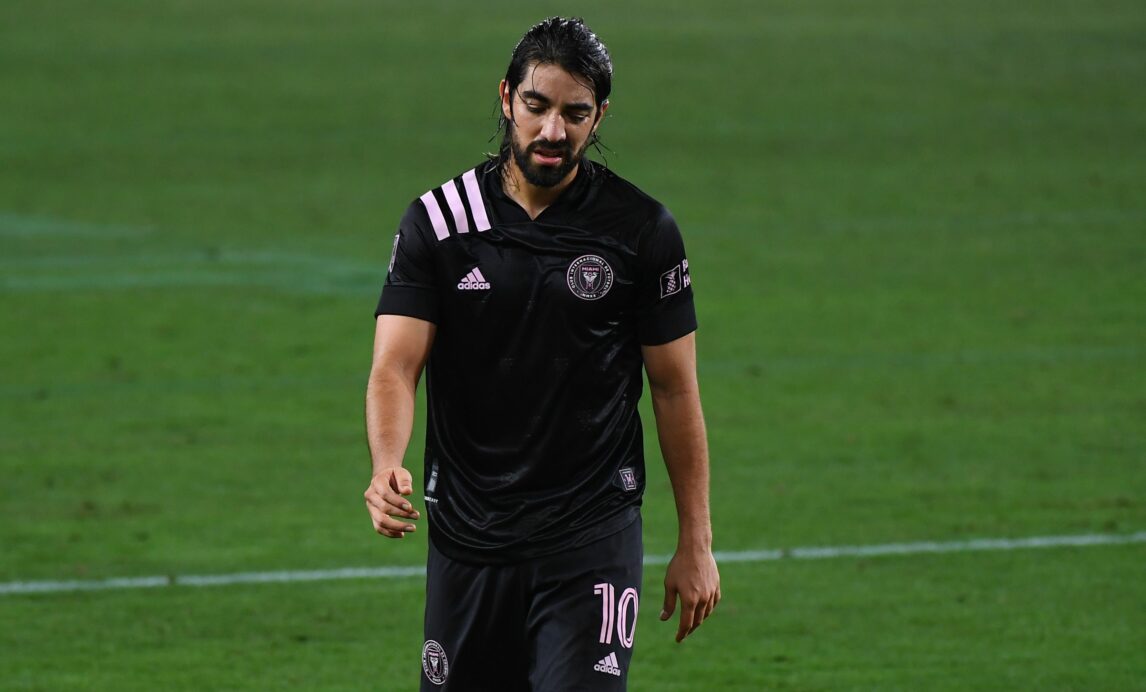 If there was one game that embodied Inter Miami’s entire season, it may just have been Friday night’s playoff defeat.

Inter Miami saw its inaugural campaign come to a frustrating and humbling end via an ugly 3-0 loss away to expansion brethren Nashville SC that was about as lopsided as the scoreline indicated. The shorthanded South Florida side found itself down a pair of goals after the first 24 minutes — though the second goal came via a controversial penalty — and never really found its footing at Nissan Stadium.

“It is almost exactly what’s happened throughout our year,” said candid veteran  defender A.J. DeLaGarza. “On the defensive side of the ball we were not good enough at pressing and stopping shots. On the flip side, I looked up at the scoreboard one time and we had nine shots and they had three shots and they had three goals and we had zero. On both sides of the ball we have to do better.

“That just comes with training and being better. We’ve got nobody to blame but ourselves. I think a lot of guys can say they didn’t live up to what they came here to do, unfortunately. We have to go into the offseason feeling like that.”

There were not many bright spots or positives for Inter Miami to take away from its first postseason match. Yes, the team was without two significant starters in star striker Gonzalo Higuain and stalwart centerback Leandro Gonzalez Pirez after they tested positive for COVID-19 in recent days, but Inter Miami did not want to use that or any other reason as justification for the disappointingly disjointed display.

“We knew the difficulty we were facing not having those players in addition to (centerback Andres) Reyes’ suspension, but we didn’t make any excuse all year and we are not going to do it now,” said head coach Diego Alonso in Spanish. “The last two weeks have been very difficult — not just because we did not have the players but also because it cost us the ability to train — but we have never made excuses here and I did not make any before the game and I will not make them now.

“It was difficult, but those are the rules of the game. We have lived difficult moments and it has been a very hard year for all of us and in the most important game of the year we had to live through this.”

It also did not help Inter Miami that Nashville SC went ahead after just 14 minutes. Randall Leal opened the scoring with a bomb from distance after no one closed him down or applied pressure on the ball, and that combined with a questionable refereeing decision from head official Ismail Elfath minutes later helped put Inter Miami into a 2-0 hole.

Alonso’s men did not muster up much of a response until late in the first half when Inter Miami moved out of the 5-3-2 formation that the team started the game in. Just as the visitors began enjoying their best moments of play shortly after halftime, however, Nashville SC midfielder Dax McCarty delivered a devastating blow with another finish from outside the box that once again saw no one really challenge for the ball.

For Inter Miami, an offseason of introspection awaits. The Herons fell well short of their stated big aspirations, not only in the playoffs but also over the course of a disappointing regular season that saw the team just claw its way into the postseason picture as a 10th-placed team. Of course, this was not a normal year given everything that transpired, including the global pandemic that interrupted the campaign.

Still, Inter Miami knows there was more to its 2020 struggles than that.

“At the end of the day we just were not good enough for a lot of reasons,” said DeLaGarza. “You hear coaches sometimes say, ‘I don’t want to make excuses,’ and then they name excuses. I’m not going to do that. I put it on my shoulders and the guys’ shoulders that we just weren’t good enough and we weren’t prepared well enough to win the game tonight.”