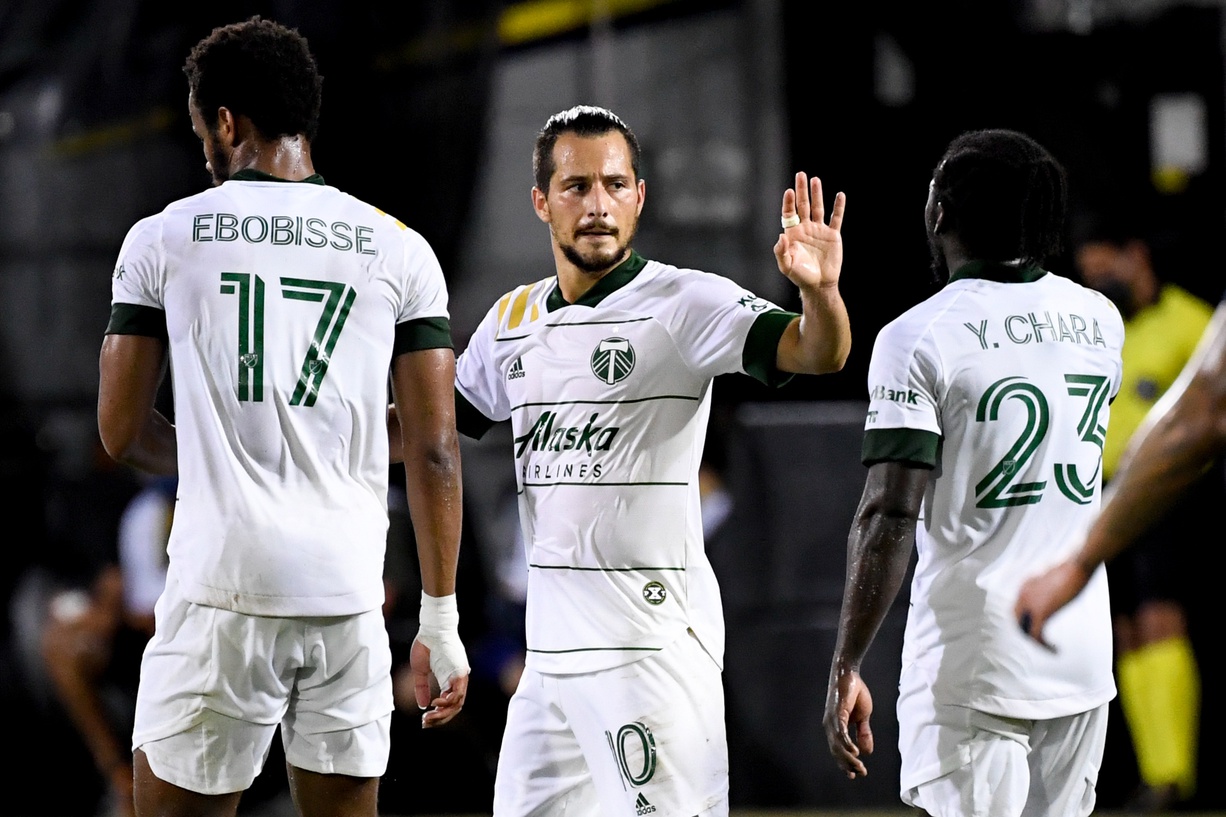 The Portland Timbers have felt close to winning another title for quite some time now. Their run to the MLS Cup Final in 2018 was unexpected, but it felt like the start of something bigger. It felt like the team had a core of excellent players to build on and a return to the Final and possibly winning it again has never felt like an unrealistic possibility.

Last season felt like it could be the year, especially after they won the MLS is Back Tournament by playing exciting, free-flowing soccer with their trio of South American stars, Diego Valeri, Diego Chara, and Sebastian Blanco hitting on all cylinders.

Then injuries struck and they team crashed out in the first round of the playoffs after a lackluster end to the regular season. Blanco tore his ACL shortly after the return to home stadiums after the MLS is Back Tournament. Their prized offseason acquisition Jaroslaw Niezgoda also suffered a torn ACL, taking away a massive attacking option for the end of the season and playoffs.

Most of all, their defense routinely collapsed in the late minutes, which caused Portland to go through a little bit of evolution in the back line. Gone are Jorge Villafana and Marco Farfan at the fullback spots and in are Latin American imports Josecarlos Van Rankin and Claudio Bravo.

“They are really good players,” Diego Chara said about the addition of Van Ranken and Claudio Bravo at the team’s press conference before departing for the CCL game on Tuesday “They are going to adapt well to our formation and style of play. They have been working hard and I think they are going to be an important part of the team during the season.”

Despite the new guys at the back, it still feels like the Timbers are getting the band back together for one last shot at glory. Their core is beginning to age, but they can still get the job done. This season will also present that core with a whole new challenge: the Concacaf Champions League knockout rounds at the start of the season.

Head coach Giovanni Savarese has seen a renewed energy amongst his squad thanks to the competition and he has every confidence that his squad can make club history and do MLS proud at the continental level.

“We feel very proud in so many ways to be able to have the chance to compete in the CCL for different reasons,” Savarese said..”First off all, we earned it in MLS is Back so that’s definitely something that you take with you. But we represent a lot of things. We represent the United States, we represent Major League Soccer, we represent our city, our fans, our club and we want to be competitive.”

Here is a closer look at the 2021 Portland Timbers:

The Timbers did not alter their roster much this past winter but the one big area that saw change was at the fullback position and Claudio Bravo is the crown jewel of the winter. He will not provide a lot of width going forward, but he is a responsible defender who will help bring some late game discipline to a Timbers defense that conceded at the end of games all too often last season.

Pressure is On: Felipe Mora

The Timbers have a lot of depth at the striker position. Felipe Mora is going to start the season as the first choice up top, but a couple bad performances will lead to a pretty quick hook from head coach Giovanni Savarese. Jeremy Ebobisse is capable of scoring big goals in big game starts, and Jaroslaw Niezgoda should return by midseason, so Mora cannot allow himself to get comfortable in the starting lineup.

The 2021 season will be all about putting together what the Portland Timbers have been building over the years while also coming to the realization that this might be their last shot at winning MLS Cup again with this group of players.

The Timbers have a lot of cohesion in the midfield and up front. Their key players, Sebastian Blanco, Diego Valeri, and Diego Chara have been playing together for such a long time that they could put together a transition move with their eyes closed at this point. Those three have shared many, many moments of brilliance, but Chara and Valeri are both turning 35 this year and have shown signs of declining. This year might be the final season fans see these three talents together on the same pitch before age catches up with them and Portland is forced to move on to younger talents.

Portland will once again rely on that trio to do the heavy lifting, but they also are not short on supporting characters that will share time in the spotlight. Givanni Savarese has stressed that the strength of his team is not the big names or any one individual player. “The strength of this group is the group, not the individuals,” Savarse said before the Timbers flew to Honduras for their CCL match against Marathon. “We have good players, we have players that will make us a better team, but the strength of the group continues to be the group.”

Jaroslaw Niezgoda is returning from an ACL injury and he will really feel like a new signing considering how little Timbers fans actually saw him play last season. He will have Felipe Mora to share striking duties with, giving them a valuable two-headed monster up front that the club has not had since they won MLS Cup with Fanendo Adi and Maxi Urruti splitting duties at striker. It’s hard to remember that they also have Jeremy Ebobisse on the roster to pop on as a sub when a late goal is required.

Completing Portland’s attacking force are winger Yimmi Chara and central midfielder Eryk Williamson, both of whom had breakout years in 2020 and are ready to pick up where they left off this time around. The younger of the Chara brothers takes what makes Diego excellent as a holding midfielder and translates that into speedy wing play and precision passing. Williamson can be effective as a playmaker, but can also play in a deeper midfield role.

The Timbers also have an unreal depth in the midfield that will allow them to stay fresh all season long, even as they compete in the Concacaf Champions League and deal with another congested schedule throughout the summer and fall. Christian Paredes, Marvin Loria, and Andy Polo could probably start on a handful of MLS teams, but Portland will use them as rotation players that will help keep the main starting XI fresh for crunch time in September and October. All three of them will see plenty of starts and also plenty of time coming off the bench to bag a key goal or shore up the midfield with a lead.

Defense is still going to be a bit of an adventure, but the back line did receive the only real makeover on the roster. Dario Zuparic and Larrys Mabiala are still the primary central defenders with Pablo Bonilla and Bill Tuiloma available in reserve. However, both their primary outside backs were shipped off to Los Angeles. Jorge Villafana (Galaxy) and Marco Farfan (LAFC) were both kind of shaky last season anyway and Portland is hoping Claudio Bravo and Josecarlos van Rankin can represent upgrades at fullback.

As important as the two new guys might be, a lot could go wrong if the Timbers pick up a knock, or even just need a rest for a game during this congested schedule. Fullback is the one area of the field that the Timbers feel very thin at, with Ish Jome just signed from the USL and 2020 draft pick Zac McGraw providing the only real help.

The strength and depth up front mean that anything less than a title will feel like a failure for the Timbers, especially with how close things have felt since the 2018 MLS Cup Final run and last season’s MLS is Back Tournament triumph. If the depth pulls through and the defense avoids being too shaky, there is no reason to think the Timbers cannot make a deep run in the playoffs and possibly become champions once again.

“We have to continue to battle through it, we have to make sure that the guys that are available need to give everything that they have for us to succeed in our plan,” Savarese said. “If you ask me what is our goal this season it’s always to be competitive, it doesn’t change. We want to be a difficult team to play every single match.”