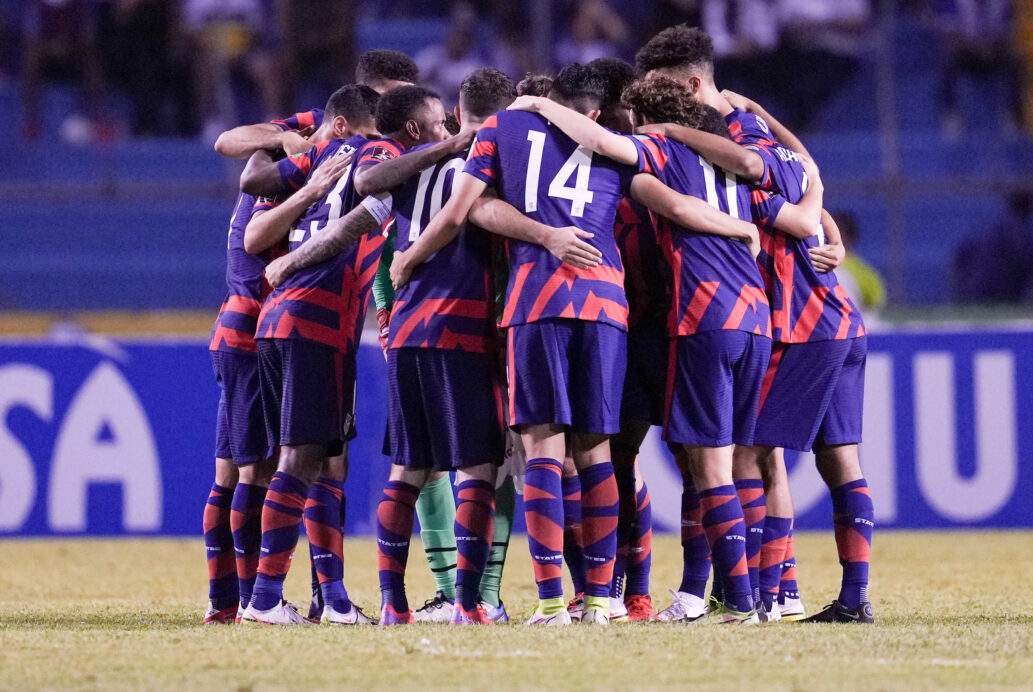 Gregg Berhalter began his post-game press conference wearing a smile on his face, and relief in his eyes. The U.S. men’s national team coach could be excused for enjoying the satisfaction of a dramatic comeback victory sparked by the substitutions he made and the teenager he gave his debut.

Berhalter should have also felt some relief for pushing all the right buttons at halftime and in the second half of a match that started terribly for the Americans against Honduras. After watching the starting lineup and formation he chose for Wednesday night’s crucial Concacaf World Cup qualifier deliver an atrocious first 45 minutes, Berhalter made a triple substitution at halftime, along with a formation change, moves that were the universal sign that a coach has gotten his setup wrong.

Berhalter could not have gotten his team’s starting set up more wrong, but could not have been better at making all the moves necessary to help his team come alive. Substitutes Antonee Robinson, Brenden Aaronson, Sebastian Lletget and DeAndre Yedlin were all out standing, and instrumental to a comeback that helped turn the USMNT’s World Cup qualifying from a looming disaster to one that managed to successfully navigate a challenging September window.

Wednesday’s win also served to introduce the USMNT fanbase to a new teenage sensation, with Ricardo Pepi turning in a dream debut, and we also saw two players in Antonee Robinson and Matt Turner bolster their cases for owning starting roles going forward.

Perhaps most importantly, September’s qualifiers helped a young generation of players gain their first taste of Concacaf World Cup qualifying, and all the challenges it presents. The experience gained this month, and the belief that Wednesday’s victory should help instill, will go a long way toward helping this young USMNT side put together more impressive, and hopefully fewer panic-inducing performances in the coming months.

Here is a closer look at some of the key takeaways from Wednesday’s 4-1 USMNT win over Honduras:

When Ricardo Pepi was called into USMNT for the September qualifiers, there wasn’t a ton of expected from him given the presence of two more experienced strikers in the camp in Josh Sargent and Jordan Pefok, and when he failed to play a single minute in the first two September qualifiers it felt like we might not get to see much of him.

Berhalter not only gave Pepi a look, but handed him a start in a crucial qualifier, and Pepi responded by carrying over his red-hot MLS form into his USMNT debut. His hold-up play, willingness to do the defensive dirty work, and his movement and mobility helped Pepi have a hand in all four USMNT goals, including the winner, which he scored himself.

It was the best performance by an American striker in a road qualifier since Conor Casey scored a brace to lead a USMNT comeback win in 2009 in the very same stadium Pepi made his own on Wednesday night.

What made the performance even more satisfying for USMNT fans is the fact Pepi just recently committed to playing for the United States, easing some fears about the possibility that he would choose to play for Mexico. Wednesday’s appearance didn’t formally cap-tie Pepi, but given how unforgettable a night he just experienced, and his new status as a USMNT hero, it’s a safe bet he will be sticking with the United States going forward.

MLS contingent steps up in absence of Euro stars

If someone had told you a month ago that the USMNT would be in Honduras, tied 1-1, playing without Christian Pulisic, Gio Reyna, Weston McKennie, Sergiño Dest, John Brooks and Zack Steffen, you might not have given the Americans much of a chance of pulling out a victory, let alone a 4-1 romp.

The USMNT did just that, and it it led by several top performances by MLS players. Pepi, Matt Turner and Miles Robinson were among the few bright spots in the starting lineup, while Sebastian Lletget and Cristian Roldan made valuable contributions in the second-half turnaround, rewarding Berhalter for his faith despite there being segments of the USMNT fanbase that have long been calling for them to be replaced by younger options.

As for the European-based players, Pulisic tried his hardest to will the team to victory, but an ankle injury knocked him out before the Americans ran away with Wednesday’s match. Tyler Adams was the only established European-based star still on the field for the comeback, capping a September that saw him start in all three matches.

So much was expected from the European-based big names that September’s disappointments, from McKennie’s suspension, to Reyna’s injury, to poor play from Dest and Brooks, could have derailed the team’s qualifying campaign, but credit to the MLS contingent for stepping up, and in the process showing why MLS players very much still have a big part to play in helping the USMNT qualify for the World Cup.

Antonee Robinson cements case to be starting left back

When Berhalter decided to start George Bello over Antonee Robinson on Wednesday, it felt like a head-scratcher of a decision given how well Robinson played against Canada, and after Bello endured a lackluster 45 minutes, Robinson took the field and played like a player who never wants to be left out of a starting lineup again.

The Fulham fullback came into the September qualifiers in excellent form, enjoying a strong start to the League Championship season, and having had only just recently scored his first goal for Fulham. On Wednesday, Robinson needed just three minutes to deliver an equalizer, and an acrobatic backflip goal celebration.

Robinson was excellent throughout, with his speed, strength and improved attacking quality going forward helping neutralize the Honduran threat on his side of the field.

Sergiño Dest’s uninspiring shifts at left back have only served to bolster the clear evidence that he should remain at right back, leaving left back wide open, with Bello and Sam Vines two other options to start.

Robinson is the best of the bunch though, and what he showed in September should ensure he is given the starting nod at left back come October’s qualifiers.

Turner makes the starting goalkeeper job his own

The starting goalkeeper position for the USMNT was supposed to be Zack Steffen’s when the September qualifiers began, but back spasms ruled him out, and then COVID-19 kept him out, leaving the door open for Matt Turner to follow up his outstanding Gold Cup with a trio of September performances that should keep him in the starting lineup going forward.

Turner’s poise, command of the penalty area, and quick reflexes make up for any deficiencies he may have in his passing and possession, which has long been the knock against him over Steffen, who is well known for his passing range and quality on the ball.

With both Steffen and Ethan Horvath currently serving as backups for their club teams, and Turner currently starting for the top team in MLS in New England, there should be little argument against Turner keeping the starting USMNT goalkeeper position when October’s qualifiers roll around.

What happened to John Brooks?

Back in August, writing out a USMNT starting lineup would have to include adding John Brooks as one of the first names on the list, and easily the first defender. Two poor showings in September, including his woeful 45 minutes against Honduras, has suddenly put his ‘lock starter’ status in question.

So why exactly has a player who has been so dominant and consistent for current Bundesliga leaders Wolfsburg managed to look so lost with the United States? One factor could be Brooks struggling to settle in with ever-shifting collection of teammates in the U.S. defense, as well as the varying tactical setups the USMNT uses.

The reality is Brooks has had good games in both the 4-3-3 and 5-4-1 formations in the past, and he has played well alongside a long list of different centerback partners. The USMNT will have to hope this is just another temporary slump for a player who has had poor showings in years past and managed to rebound and deliver some of the best defensive performances the USMNT has ever seen.