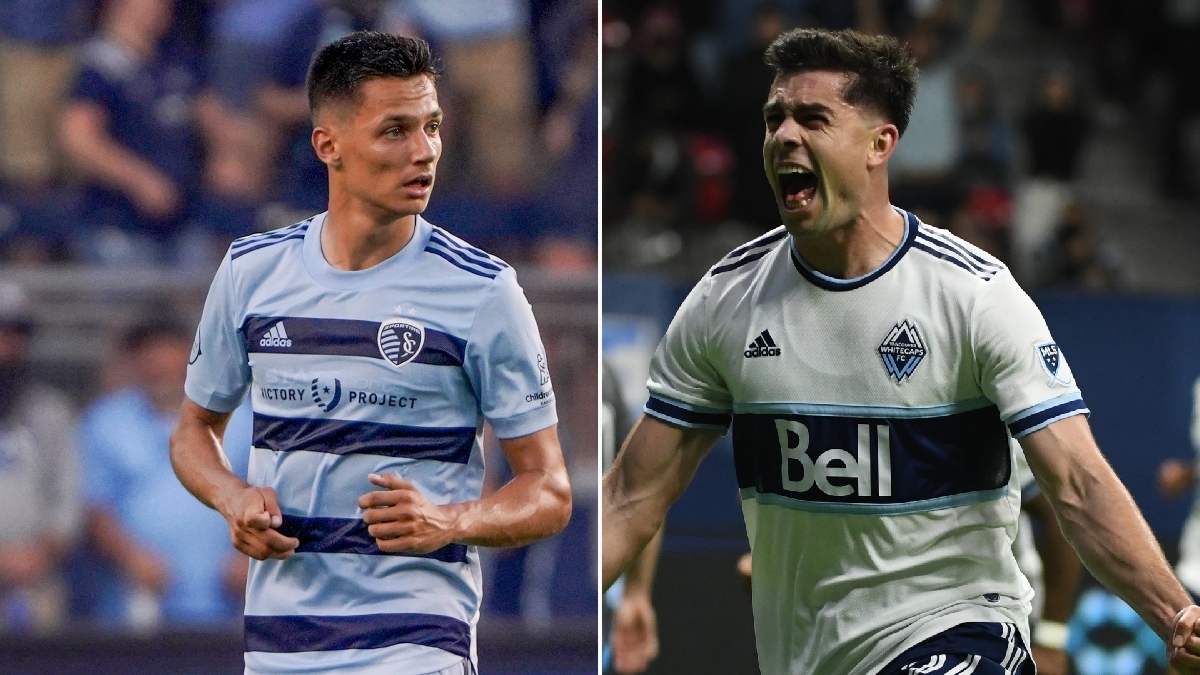 Peter Vermes’ side has lost its last three encounters in MLS action – its worst string of results all season. The Whitecaps, by contrast, have proven they have what it takes to compete with MLS’s finest, having lost just one of their last 11 games.

Sporting Kansas City vied for the top spots in the Western Conference all season, but ultimately finished in third place, just three points behind the Colorado Rapids following a poor run of results to close the season. Alan Pulido’s continued absence did not help Vermes’s men, but the Mexican has reportedly returned to training ahead of Saturday’s clash.

The 2021 season was very much a tale of two halves for the Whitecaps. The Canadian side hovered in and around the playoff spots for much of the year under Marc Dos Santos until a shock 4-3 defeat at the hands of Canadian Premier League side Pacific FC resulted in his sacking. Internal hire Vanni Sartini was immediately thrust into the limelight and led the Whitecaps to a 7-5-2 record in charge, including a six-game unbeaten run to finish the season.

Saturday’s clash pits a young and in-form Whitecaps team against a struggling Kansas City side. Past form is often thrown out the window come playoff time in Major League Soccer – especially with Pulido’s expected return to the lineup for the first time since October 3.

The Whitecaps present a dangerous threat to Kansas City and could yet emerge as an unlikely dark-horse this MLS post-season. Sartini’s arrival has galvanized the Canadian outfit, instilling newfound belief in Vancouver. The Whitecaps have lost just two of their last 16 encounters, proving incredibly difficult to break down. It will be the Canadian side’s first post-season game since 2017.

Kansas City, on the other hand, despite its poor finish to the season, remains one of the Western Conference’s top contenders. Vermes’s side squandered countless opportunities to cement first place and will be raring to go come playoff time, having bowed out of the quarterfinals last season.

The two sides split the season series. Sporting Kansas City has the historical edge over the in-form Whitecaps, having won five of their last seven meetings against them.

The 25-year-old joined the Whitecaps late in the summer and made an immediate impact in the middle of the park, leading Vanni Sartini’s men into the postseason. Gauld dictated proceedings in the final third, recording four goals and five assists in 13 starts. His movement between the lines has already posed the Sporting Kansas City rearguard problems, opening the scoring in their last encounter.

The Hungarian international enjoyed his most productive season in MLS this year, netting 16 goals and seven assists in 26 starts. Operating from the left wing of Kansas City’s 4-3-3, Sallói has established himself as one of MLS’s most lethal wide men, combining an exceptional final ball and a keen eye for goal.

Gutiérrez will have his hands full against Russell on the left flank and will need to limit his involvement in possession. The Glasgow native has led the charge for Kansas City this season, registering 15 goals and seven assists, but is yet to find the back of the net in an MLS Playoff clash in six career appearances.

White joined the Whitecaps in June from the New York Red Bulls and played an integral role in earning a post-season berth. The 25-year-old scored 11 goals and three assists in his last 16 games of the season, entering Saturday’s battle in top form. White was on target in his last MLS Playoff game, netting the consolation goal in a 3-2 defeat for the New York Red Bulls against the Columbus Crew.

The Mexican forward has not featured for Sporting Kansas City since undergoing knee surgery and remains the biggest question mark heading into the MLS post-season. Vermes’s side is a different team with Pulido in the lineup and on a night where not much will likely separate both sides, the 30-year-old could just be the player to provide that one moment of brilliance.

A place in the second round of the MLS Playoffs hangs in the balance going into Saturday’s clash. Sporting Kansas City enters with home-field advantage, but if the Whitecaps’ strong finish to the season was anything to go by, this game can go either way. Both sides are expected to be at full strength.

Vermes has an abundance of playoff experience, having led Kansas City to the MLS Cup in 2013, while Sartini will undergo a baptism of fire against one of the league’s most veteran managers. The Italian manager has proven himself over a relatively small sample size, most recently overcoming Vermes’ side 2-1 in October.

The Whitecaps have all the ingredients to upset Kansas City away from home. The duo of Ryan Gauld and Brian White have provided the firepower in the second half of the season and will be a handful for a veteran Kansas City backline. Sartini’s 3-4-1-2 has gotten the best out of Gauld, deploying him in a free-roam role behind both strikers. Gauld has since repaid his manager’s faith, pulling all the right strings in attack.

Factor in the excellent Maxime Crépeau between the posts, and the Whitecaps have all the makings to pull off an upset on Saturday. The former CF Montreal man outperformed his expected goals by 13.85 goals this season – the most in MLS. Crépeau will need to be at his best against a clinic Kansas City front-line.

Sporting Kansas City led the conference in goals scored last season with Salloi, Russel, and Pulido combining for 39 goals between them. Salloi and Russell offer the hosts a two-pronged threat, capable of opening up the most compact MLS defences. With Pulido returning from injury, expect the Kansas City attack to be back at its best.

Gianluca Busio’s departure to Venezia in August left a gaping hole in the middle of the park, forcing Vermes to adapt his setup. The veteran manager opted to replace the young American international by committee, relying on the likes of Rémi Walter, José Mauri, and Roger Espinoza.

Saturday’s clash will ultimately come down to the battle of number nines: Can Pulido return to action without missing a beat? And can the duo of Gauld and White deliver in the post-season for Sartini’s men? These questions will be answered at the Children’s Mercy Park on Saturday with only one team left standing come full-time.