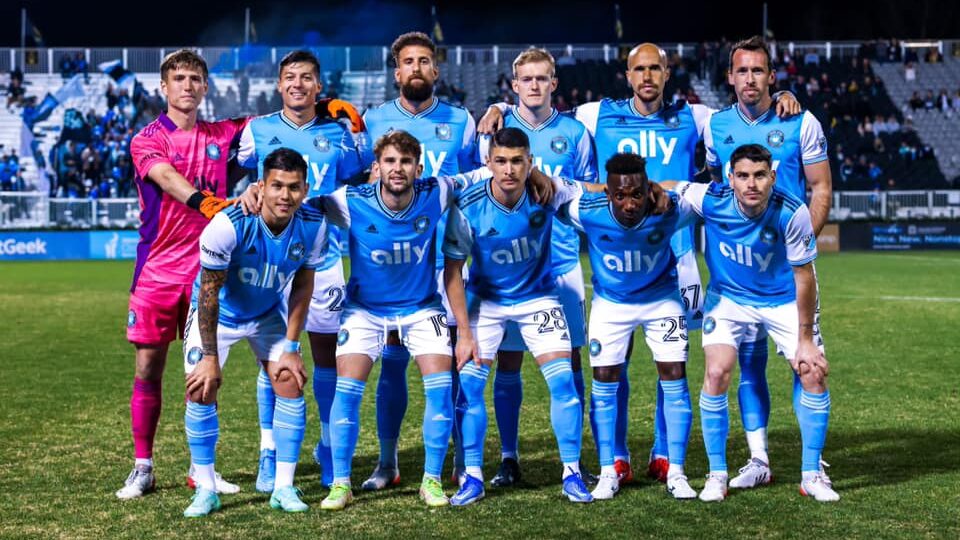 Charlotte FC will become the latest MLS franchise to kick off life in the league and with recent projects like FC Cincinnati and Austin FC struggling for consistency, the pressure on the new boys will be high from the opening whistle.

Miguel Angel Ramirez has a mixture of youth and experience in his squad as Charlotte FC prepares to begin its campaign on Saturday. Led by international players Karol Swiderski, Alan Franco, and Christian Fuchs, Charlotte FC has an experienced foundation to start with, but the team’s first-year success will hinge on how the team’s roster construction plays out through 2022.

While Charlotte FC waits for its roster to become the finished product, Ramirez is focused on establishing a culture in the locker room and within the club that can foster a winning environment when the team’s talent improves.

“From the first day [of the Carolina Challenge Cup] I’m seeing better individual behaviors, they [the team] are doing better, they are understanding much better in terms of structure,” Ramirez said post match after a 2-1 friendly loss to Inter Miami. “For me the most important [thing] is structure, how they need to position themselves when attacking and defending. From now on, now that they have the basics, we will go more specific in the trainings, specific situations, what do in these situations. For the basics, positioning, and the structure I am happy they are understanding.

“But for me the most important [thing] is that until the end we are competing, this is the best for me, a team that doesn’t lose their composure, that keeps fighting and competing until the end,” Ramirez added. “If we do this, later we will keep improving in other terms.”

Charlotte FC will also rely on a core of players who have MLS experience. Anton Walkes, Harrison Afful, and Yordy Reyna all enter new chapters of their careers in Charlotte, and will be the backbone of Ramirez’s 4-3-3 formation. Walkes, who can play centerback and fullback, will also be joined by Christian Makoun in the heart of the backline.

Fuchs, Afful, Jaylin Lindsey, and Joseph Mora are the fullback options for Ramirez, giving Charlotte the most depth it has anywhere on the roster. The goalkeeping duo of Pablo Sisniega and Adrian Zendejas will battle for the No. 1 job this season after mainly being backups in their careers to date.

Top MLS Draft pick Ben Bender has continued to work through preseason after a strong collegiate career at the University of Maryland. Alan Franco and Brandt Bronico are two of Charlotte’s experienced midfield options while Jordy Alcivar and Chris Hegardt also fight for minutes.

Christian Ortiz and Swiderski are the top attacking options for Charlotte after bringing experience from Europe, South America, and Mexico. The international duo will also be joined by veteran MLS forward Yordy Reyna and former U.S. youth national team player McKinze Gaines, who both bring dynamism to the squad.

Here is a closer look at Charlotte FC heading into the 2022 season:

Christian Ortiz brings several years of international experience to Charlotte FC’s roster and will be expected to lead the way offensively. Ortiz has played in several different leagues and environments, logging over 70 goals and 40 assists over that time. The 29-year-old mainly has featured as a winger over his more recent years and could be the spark that gets Charlotte’s attack going this season.

The Pressure Is On: Yordy Reyna

Yordy Reyna brings the most MLS experience to Charlotte FC’s attack, meaning he will need to play a key role in 2022. Reyna has never reached double-digit goals in a single season and has only scored five goals over the last two seasons combined. The 28-year-old is a pacey forward, who should help Charlotte FC this season, but could feel the pressure if goals don’t come early.

Preseason results won’t mean much heading into the start of regular season play and ultimately Charlotte FC will be happy to have had opportunities to gel this group of players together.

Ramirez has mixed in several formations during preseason camp including a 4-3-3 and a 3-5-2, trying to figure out the best long-term for the squad. The early-season struggles are likely to occur with a new group of players working together and several being tossed into a new role than with their prior clubs.

“Miguel has created a fantastic training environment, with a lot of young guys who are hungry and want more,” said Lindsey. “We’re all so excited because we’re learning new stuff. There are little details that I’m being given that I’ve never thought of, or have never been taught before.

“One thing is for sure: ours [playing style] is going to be a very unique playing style. Our goal is to be different from any other team in MLS.”

Talent isn’t a question with several international players like Swiderski, Franco, and Ortiz all coming into the squad, but who else can step up with them?

Fuchs, Afful, and Walkes will be the mainstays of the backline, while Lindsey and Mora have experience playing regularly in MLS. Makoun has also had tastes of minutes with Inter Miami, but will need to be ready for a bigger role in this squad.

Charlotte may need to call on Ben Bender earlier than expected given the lack of options in midfield. Bender’s impressive time at Maryland will give the Charlotte FC fans and coaching staff reason to be optimistic, but even he could face some adversity along the way.

Charlotte FC will find it tough in an Eastern Conference that has seen its representatives lift the last two MLS Cup titles, but the expansion side will certainly need time to adapt for what’s to come.