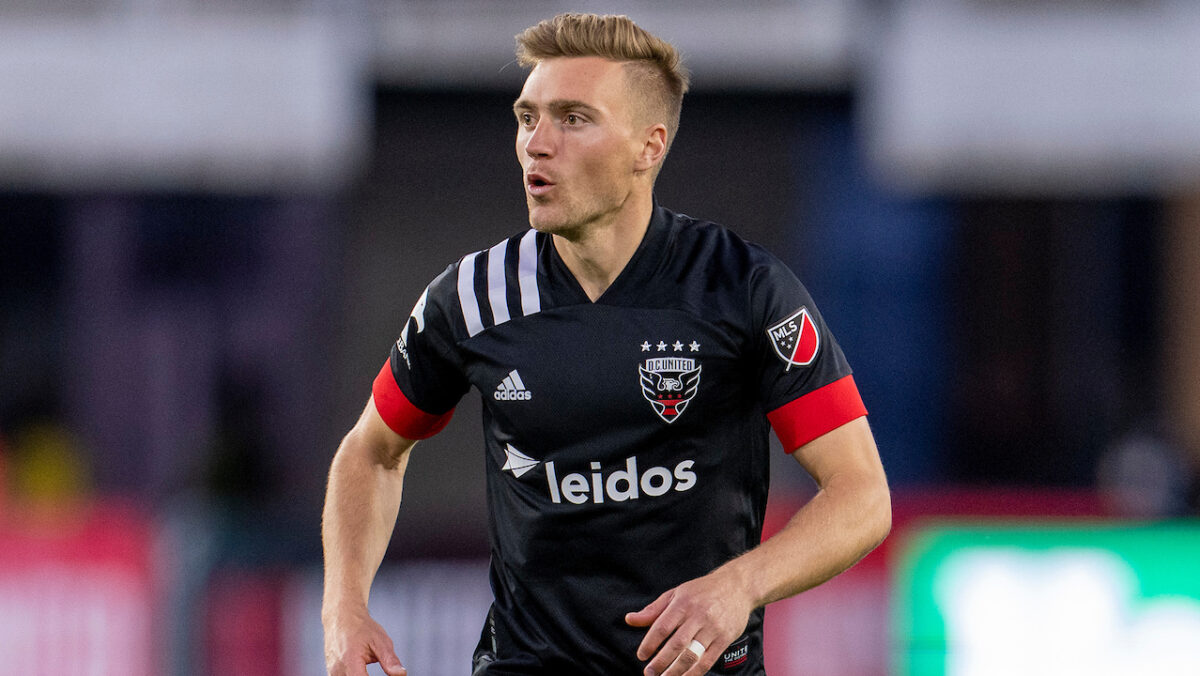 Hernan Losada’s first season in charge of D.C. United was focused on revamping a flawed roster and instilling a winning philosophy to a team that hadn’t had one in a while. Year two should be focused on taking the next step and turning D.C. United into a playoff team again, but the team’s recent sale of two key players will make that challenge all the more daunting.

Losada will have several of his first team starters returning to Audi Field this season, but will not have the services of Paul Arriola or Kevin Paredes following offseason transactions. Arriola joined FC Dallas in a trade while Paredes was transferred to Bundesliga side Wolfsburg for a club-record fee.

The absences of Arriola and Paredes in the squad will force others to step up on the attacking side of the field. Luckily for Losada, he will have veterans Julian Gressel and Ola Kamara to rely on after the duo combined for 21 goals and 13 assists in league play in 2021. Gressel remains one of the experienced two-way midfielders in the league while Kamara returned to double-digit goals for the first time since 2019.

“We lost a lot of experience with Paul, Frederic, and Felipe [Martins] leaving this offseason and I think it might take time to replace that experience,” Losada told SBI. “We know Fountas is coming in the summer and Estrada will be here with us, along with Brad Smith who we also acquired. We will see what the season looks like in the early going with what we have and then if we have to add more in the summer then we will.

“We have high expectations for the guys coming into the squad, but overall it’s about the team,” Losada added. “The individual quality was needed and we feel the guys we added will bring that to the club. We hope that the new MLS arrivals can bring something in their first time to the league.”

Offseason acquisitions Taxiarchis Fountas and Michael Estrada bring fresh faces to the attack after arriving on loan from Liga MX side Toluca. Estrada will be with the club right away while Fountas isn’t set to arrive until July after his contract with Rapid Vienna expires. Nigel Robertha, Griffin Yow, and Adrien Perez are also offensive options that Losada can call on this season.

Defensively, Brad Smith joins the club after a trade with the Seattle Sounders, giving Losada a versatile full back for his 3-5-2 set up. Frederic Brillant is gone, but Steve Birnbaum and Donovan Pines remain likely starters, as does Brendan Hines-Ike after the centerback was acquired permanently from Belgian side Kortrijk.

Andy Najar and Tony Alfaro are also depth options in the squad after playing ample time in 2021.

“Wing backs are very important in our system and we think Brad and Julian can be very good together,” Losada said. “We are hoping to get a lot of key passes in from the wings, we did that a lot last season and it’s something we are hoping to continue in the early going. We brought a guy like Brad in because we knew he was good at what we like to do.”

Veteran goalkeeper Bill Hamid will remain the team’s No. 1 keeper after registering eight shutouts in 21 appearances in 2021. Chris Seitz and Jon Kempin are additional veteran shot-stoppers behind Hamid on the pecking order.

D.C. United will fight to get back to the MLS Cup Playoffs for the first time since 2019, but Losada and his squad will face a steep challenge to reach the postseason after the departures of Arriola and Paredes.

Ola Kamara remains D.C. United’s No. 1 striker, but Taxiarchis Fountas will need to pull his weight after joining the club as a Designated Player. Fountas, 26, totaled 35 goals in 68 appearances for Rapid Vienna and is in the better days of his pro career so far. The Greek international won’t join the club officially until July and could be the perfect pairing for Kamara in the front of Losada’s attack.

Pressure is On: Edison Flores

Edison Flores comes into the MLS season in strong form after delivering goals for the Peruvian national team, but could be forced into a bigger role following Arriola’s move to Dallas. The 27-year-old recorded two goals and four assists in 2021, featuring as a winger and midfielder. With Losada needing more from his offensive weapons, Flores might need to up his production for the Eastern Conference club to be in the mix for a playoff spot.

D.C. United showed some positive signs in Losada’s first season in charge, but pressure will be on the club to show improvement this year.

Key veteran players like Gressel, Kamara, Canouse, and Birnbaum will be the leaders of the squad, giving them a good foundation to start with. Although, help will be needed from the new arrivals and younger group if D.C. United wants to put itself back in the conversation among some of the other Eastern Conference clubs.

The additions of Fountas and Estrada should help lighten Kamara’s load, whether that’s in the form of being paired with the Norwegian in the attack, or as substitutes. It might take the duo some time to get adjusted to the style of MLS, but both have positive history of scoring goals in recent seasons.

Midfield depth could be an issue unless D.C. United does make a few more signings in the spring. Canouse, Flores, and Moreno are all experienced options after starting under Losada last season and could be among the starters on opening day.

“We have high expectations for every player, but the young players are ones that we really hope can take the next step,” Losada said. “We understand they are super young and have a lot to improve on, so it’s our job to develop them like we did with Kevin [Paredes]. Players like Donovan [Pines], Griffin [Yow], Moses [Nyeman] all have the ability to follow in Kevin’s footsteps, but it’s about them putting the work in to get there.”

Defensively, Losada has plenty of players to call on after seeing several of them in 2021. Birnbaum and Hines-Ike started next to one another during several matches last season, while Pines also made 18 appearances despite missing time through injuries. Brad Smith should fill the void left by Joseph Mora’s move to Charlotte FC, giving Losada a versatile defender for any of his formation setups.

Goalkeeper Bill Hamid remains one of the top shot-stoppers and overall leaders in the league and will keep the club in many matches this season.

While D.C. United struggled down the stretch to miss out on the playoffs, its overall road form was a major disappointment in 2021. D.C. United registered a dismal 3-10-4 record for only 13 points earned, a theme that needs to change if it wants to truly be involved for a spot in the playoffs.

D.C. United came close to a playoff berth last season, but overall needs stability for Losada to avoid losing his job and for players to avoid an exit next winter.

“We came one point short of the playoffs last season, but on the other hand I felt we had a positive year with a lot of the growth in the young players and new players,” Losada said. “We implemented a new formation and style of play in the squad and I thought with a heavy schedule, the guys did well to adjust to something new. To be successful in MLS you need to have a deep roster and we are trying to get our numbers there.

“Our road form is something that will need to be better if we want to make the playoffs,” Losada said. ” We know playing on the road is tough, but we can’t afford to miss opportunities. I think for us we are focused on bringing home trophies, but we also want the club to improve in all aspects. NYCFC was fifth in the regular season and won MLS Cup so it just shows that as long as you get to the playoffs, you can have a chance at being champions.”