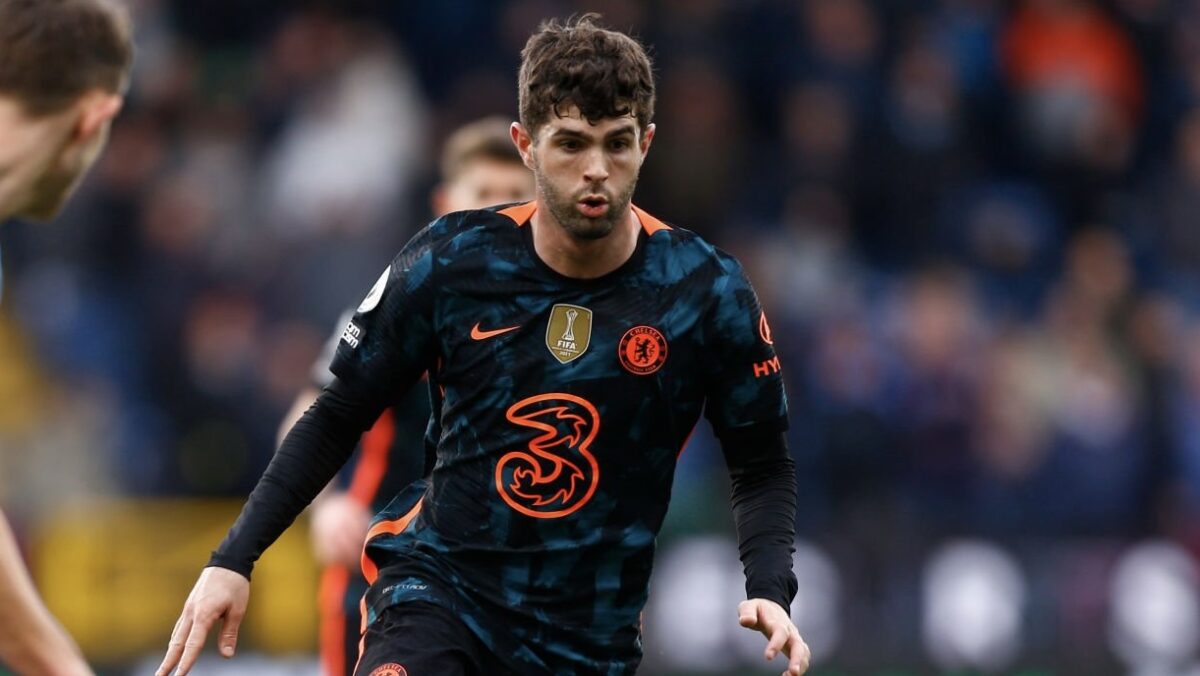 Chelsea delivered one of its more-clincical halves of the English Premier League season on Saturday at Turf Moor and Christian Pulisic was at the forefront of it.

Pulisic registered one goal and one assist as Thomas Tuchel’s side claimed a 4-0 road win over Burnley. The U.S. men’s national team forward continued his strong run of form for the Blues with a crucial trio of World Cup Qualifiers coming up to close out the month.

Not long after Chelsea broke the deadlock through Reece James’ finish, Pulisic played distributor for the Blues second goal in quick succession. The 23-year-old danced into the box from the right wing before sending a cross to the back post and allowing Kai Havertz to head home.

Pulisic helped spring Chelsea’s attack for its third goal of the match, playing a cross to N’Golo Kante before James’ cross was tapped home by Havertz for his second tally of the afternoon. Although he wasn’t credited with the assist, the USMNT forward continued to play a part in the final third.

Chelsea capped the final score at 4-0 with Pulisic slamming home from close range after an error at the back from Burnley defender James Tarkowski. Tarkowski’s failed clearance allowed Pulisic to swing a right boot at the loose ball and watch it fly into Burnley’s net.

It was Pulisic’s third goal of 2022 across all competitions. The Pennsylvania native also finished the match with the most duels won (10), most dribbles completed (5), most tackles won (2), and most fouls drawn (2).

Chelsea remains seven points back of second place Liverpool and will next travel to last place Norwich City on Thursday.