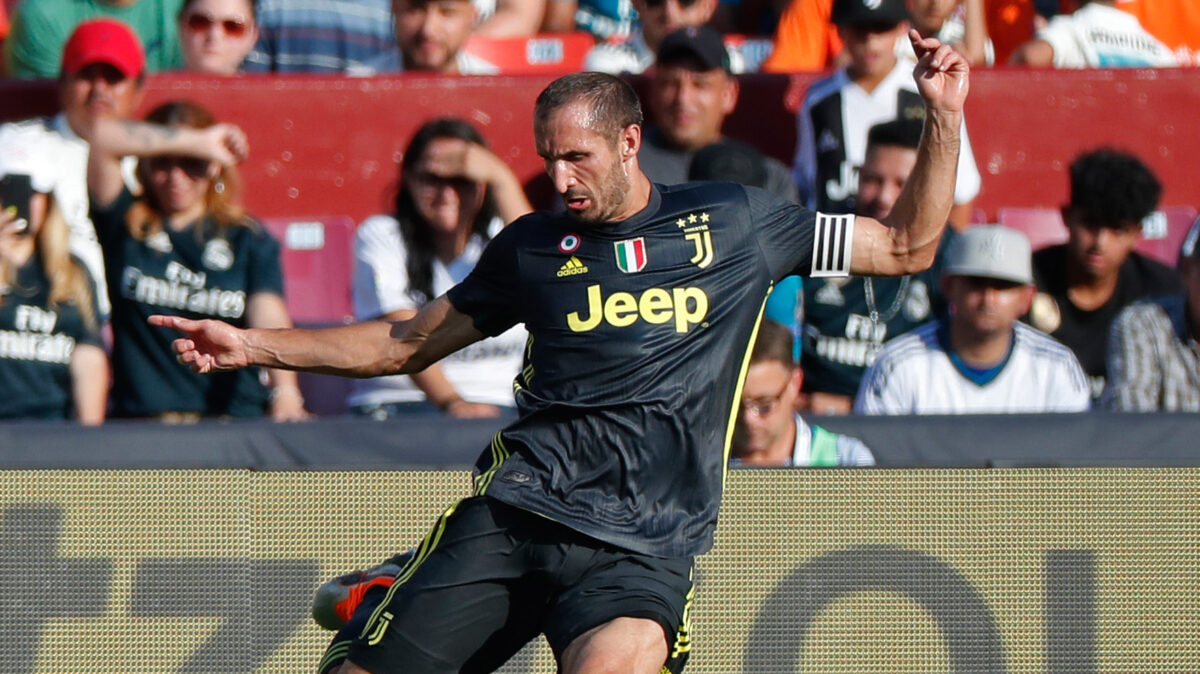 Los Angeles FC has bolstered its defense and added a big name at the same time, as the club looks to continue leading the Western Conference heading into the summer.

Giorgio Chiellini signed with LAFC, the club announced Monday. Chiellini, 37, is best known as the captain of Italy’s national team and as a longtime stalwart centerback for Juventus. Chiellini signed a contract through 2023 and is expected to be ready to play for LAFC when the transfer window opens in July.

Chiellini is a Targeted Allocation Money signing, LAFC’s release said. LAFC will formally introduce Chiellini to the club with a press conference on June 29.

“Giorgio is a special, one-of-a-kind player and person,” LAFC general manager John Thorrington said. “Signing Giorgio was a unique opportunity to improve our club. He will complement what we believe is already a strong team as every day he will set the right example with his leadership competitiveness, and experience. He is a serial winner at the highest levels, and we are grateful he has chosen LAFC to join in our pursuit of trophies.”

Chiellini played for Juventus from 2004 to 2022, amassing 561 appearances in all competitions for the club.

He is also the fourth-most capped Italian national team player with 117 caps. Chiellini recently played his final game for Italy, in the Finalissima against Argentina at Wembley Stadium on June 1.

Minutes have been steady at Juve for Chiellini, even as he approaches his late thirties. Chiellini made 21 appearances for the Bianconeri in 2021/22. Juve turned in a lackluster league campaign, clinching a Champions League spot with a fourth-place finish. Juve also fell to Inter Milan in the Coppa Italia final.

LAFC has surprised many in Steve Cherundolo’s first year as a head coach. LAFC leads the Supporters’ Shield race with 29 points and leads the league in goals scored. Though LAFC’s defense is not as deep as the attack, it has started 2022 strongly with 16 goals allowed in 14 matches.

Chiellini could be a key addition to the central defense, but that might not be the only significant move from the club this summer. LAFC has another open Designated Player slot, with Carlos Vela and Brian Rodriguez occupying the other two spots.