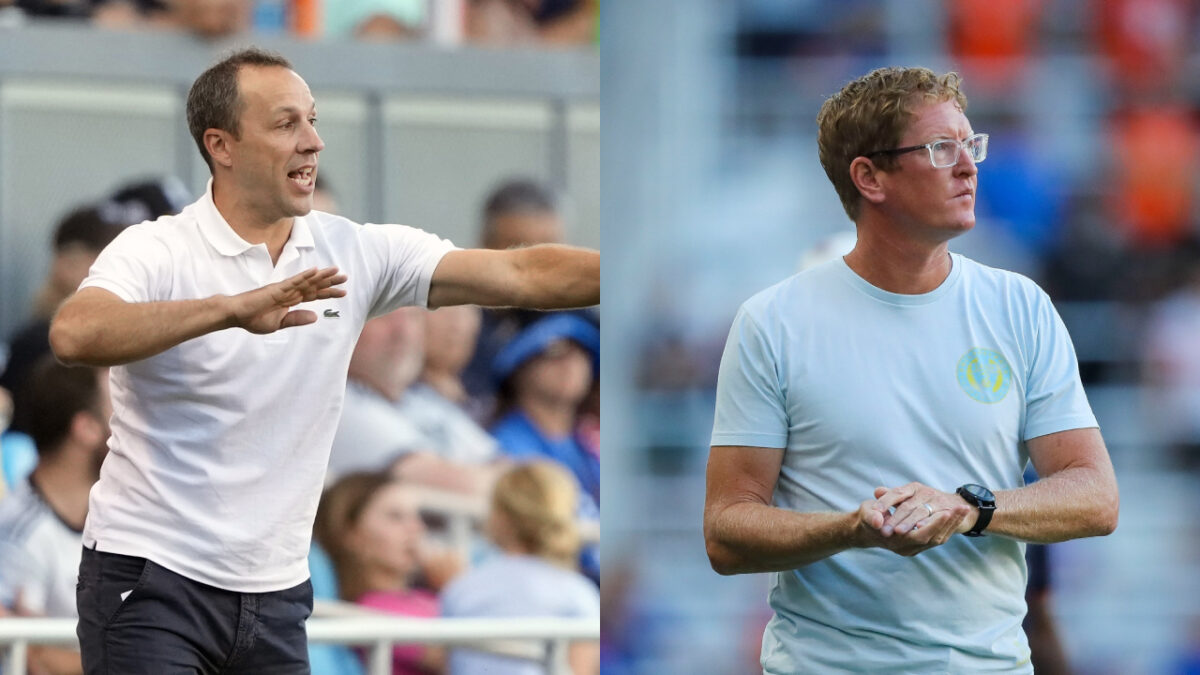 Two 43-year-old coaches will manage the first battle of two conference leaders since 2003, one of which played in that game. They are also MLS Cup first-timers and represent their respective club’s ethoses perfectly.

For LAFC head coach Steve Cherundolo, it’s been a swift and successful path to Saturday. This time last year he was in charge of the club’s USL affiliate Las Vegas Lights. In his first-team coaching foray, he set an MLS record with 21 wins.

That accomplishment obviously earned the Supporters’ Shield hardware and possibly more if things go his way on Saturday.

On the other side, the Union’s success has been linear with Curtin’s maturation as a manager. The Philadelphia native has been at the helm of his hometown club since 2014 and has grown it to be the de-facto team to beat in the Eastern Conference for the last several years.

Cherundolo is the fortunate selection to lead a team with high aspirations, Curtin is the stalwart at a club doing things the right way while on a budget.

One thing they have in common is mutual respect for one another, despite not having much of a personal relationship. Both garnered their favorable reputations and industry respect in their playing days, like their path to Saturday’s championship, it was done in very ways.

“It’s incredible, because this league is unique,” Curtin said. “Steve has been an underappreciated player in our national team history and just kind of quietly went about his business (and) was a captain at a Bundesliga team,”

Cherundolo played his entire 15-year career with German side Hannover 96 and was a part of their historic promotion. He helped the club achieve promotion in his 370 appearances and notched seven goals as a defender.

“(He) is literally a god there, so to understand and recognize how hard that is for an American kid, and how brave it is for a guy who’s basically my age, it’s an amazing accomplishment as a player to come into this league, as a coach, to put in his time and get his experiences over there coaching and step into a great club like this and go right to the top is not easy.”

In the history of American coaches, few are more accomplished than Bob Bradley, who Cherundulo replaced after LAFC missed the playoffs in 2021.

Cherundolo has also had an eye on Curtin over the years as well.

“They’ve been very successful over the past couple of years with a very clear identity and that is extremely difficult to do as a manager or coach,” said the LAFC boss. “It takes discipline, it takes hard work. It takes a vision not just on his part, but in the front office as well,”

Curtin, whose playing days were most notably with the Chicago Fire and now-defunct Chivas USA, gets credit for being one of the most MLS-savvy coaches in the league and has found a way to build a competitor with far fewer financial resources.

“And so everybody in the organization seems to move in the right direction. It’s always hard to comment on somebody’s worth looking from the outside in, but in the few conversations we’ve had, and also in the immediate past, I think it couldn’t have happened to a better guy, so he’s a great coach, a good person,”

The mutual respect does have a line, though.

“Nobody speaks poorly of Jim, and I wish them all the best except for tomorrow, obviously,” Cherundolo said with a laugh.

Nothing does more for a coach than winning hardware, and it’s impossible to know what Saturday will do for the winner, but you get the sense that neither is at their final coaching destination this final will be a historic moment in their promising career.