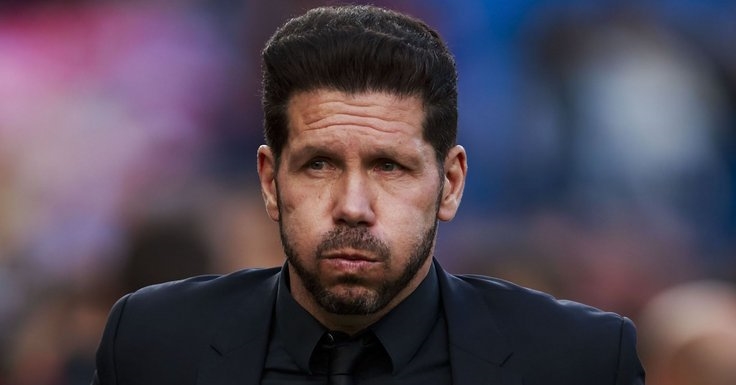 One of the top European managers has signed a new contract to remain in Spain.

Atletico Madrid boss Diego Simeone agreed to a new deal with the La Liga side, staying with the club until 2022. Simeone has led Atletico to one La Liga title, two Europa League crowns, one Copa Del Rey title, and one Spanish SuperCup. (REPORT)

Barcelona has ruled out a return for former winger Neymar after being interested in the Brazilian. (REPORT)

UEFA is currently investigating Real Madrid centerback Sergio Ramos who admitted he picked up a yellow card on purpose in Wednesday’s 2-1 win over Ajax. (REPORT)

Jose Mourinho’s dismissal as manager of Manchester United cost the club £19.6 million in compensation for the Spaniard. (REPORT)

Longtime Napoli midfielder Marek Hamsik has agreed to a move to Chinese side Dalian Yifang. (REPORT)

Chelsea are confident that Juventus will low their current €36 million asking price for Gonzalo Higuain. (REPORT)

Juventus manager Massimiliano Allegri admitted that there is nothing certain yet regarding his future. (REPORT)

As the Premier League title race intensifies, Liverpool keeper Alisson feels his team could do something special. (REPORT)

Matias Almeyda feels that MLS and Liga MX sides should be included in the Copa Libertadores. (READ)

Juan Carlos Osorio is out as the Paraguayan National Team head coach. (READ)

FC Cincinnati acquired Kekuta Manneh in a trade with the Columbus Crew. (READ)

SBI takes a look at five fringe players who should receive USMNT callups this March. (READ)