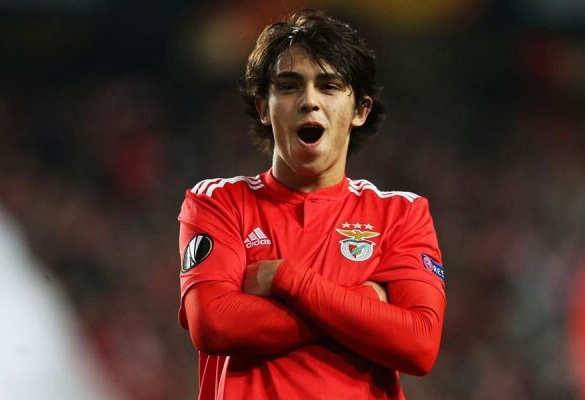 Atletico Madrid have been very active of late in the transfer window, as they seek to replace the stars departing the club.

Joao Felix has completed his move from Benfica to Atletico Madrid for €120 million. The transfer makes the 19-year-old the fourth most-expensive player ever. (REPORT)

Atletico Madrid have also signed Hector Herrera on a free transfer after his contract at Porto expired. This comes in response to Manchester City activating Rodri’s release clause. (REPORT)

Thiago Mendes has joined Lyon from Lille for a reported $28 million. The Brazilian midfielder will replacing the departing Tanguy Ndombele. (REPORT)

Manchester United have also made an improved offer to goalkeeper David de Gea in hopes the 28-year-old will stay. (REPORT)

Chelsea have renewed Mario Pasalic’s contract, which will now run until 2022. The Croatian will rejoin Atalanta on a second loan spell. (REPORT)

Newly promoted EPL side Sheffield United have broken their transfer record with the signing of QPR’s Luke Freeman. (REPORT)

Manchester City have re-acquired left back Angelino from PSV for approximately €12 million. (REPORT)

Eintracht Frankfurt have completed the signings of Erik Durm and Dominik Kohr. Durm came on a free transfer following Huddersfield Town’s relegation, while Kohr was purchased from Bayer Leverkusen for a reported €10 million. (REPORT)

Argentina star Lionel Messi has hit out at the officiating after his side lost 2-0 to Brazil in the Copa America semifinals on Tuesday. (REPORT)

Tanguy Ndombele signed for Tottenham Hotspur for €60 million from Lyon. The Frenchman signed a contract that runs until 2025. (REPORT)

Inter Milan have brought in Stefano Sensi from Sassuolo on loan with an option to make the deal permanent. (REPORT)

Preparing for their return to the English Premier League, Aston Villa have also broken their record transfer fee. Their latest signing, Wesley, was signed from Club Brugge for £22 million after his work permit was granted. (REPORT)

Giovanni Savarese and his assistants were given a new extension with the Portland Timbers while FC Dallas transferred Carlos Gruezo to Augsburg. (READ)

The USWNT defeated England 2-1 thanks to Alex Morgan and Alyssa Naeher. (READ)