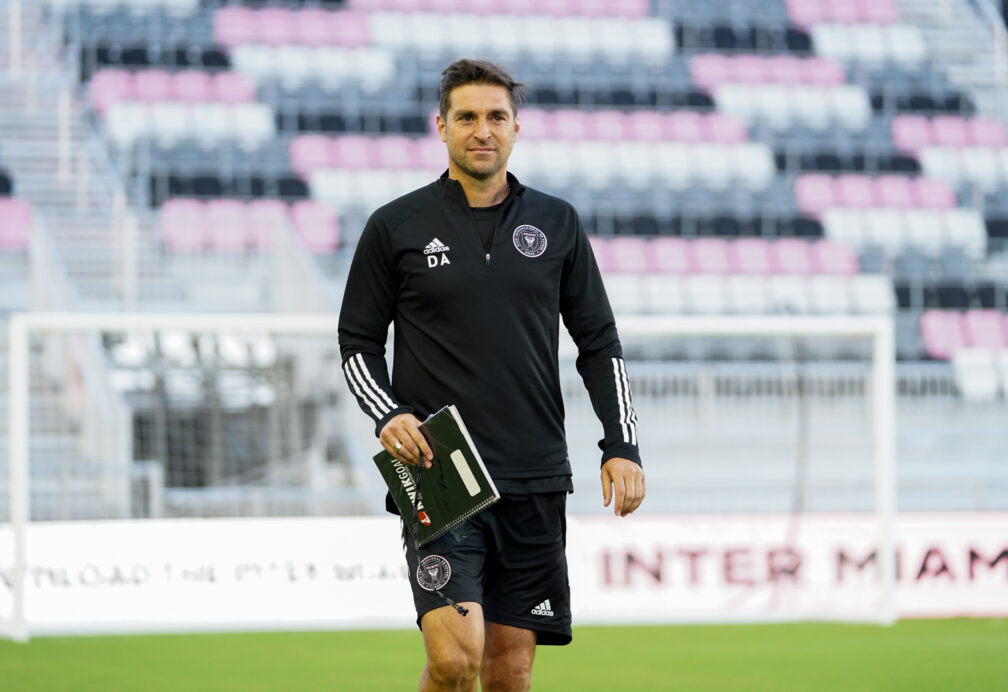 When it comes to the FIFA World Cup or tournaments like it, a team’s opening game tends to be vital. Win and you typically have an easier road to qualify for the knockout stages. Lose and, well, things get much more complicated.

MLS will return in July with a World Cup-style tournament. The league’s 26 teams will initially be split into six groups, and 16 of those sides will advance to the knockout rounds. Inter Miami is aiming to be among the clubs that make it past the group stage, but the ambitious expansion franchise knows how important winning that first game will be to its cause.

No matter who the opponent is.

“It has to do more with the pressure than the points, which is what helps you qualify or not for the knockout rounds,” said Inter Miami head coach Diego Alonso in Spanish on a teleconference on Wednesday. “The most important thing about the first game is that you take pressure off yourself from the ensuing games if you win, and the pressure that you put on yourself to have to win points if you lose.”

Inter Miami will learn precisely which side it will face in that opener in Orlando, Florida, during Thursday’s draw, which will divide all the MLS teams into five groups of four and one group of six. With only three group games on the agenda for each club, avoiding the unbalanced group of six is surely Inter Miami and everyone else’s preference.

After all, teams there will not have as much control over their destiny given that they do not get to play everyone in the group.

“All the groups will only have the top two finishers and the four top third-place finishers (reach the Round of 16),” said Inter Miami sporting director Paul McDonough on a separate conference call on Wednesday. “It’s a little bit of a disadvantage for the group of six, but we just have to accept that’s the way it is.”

Another key difference in this event is the value of each game. Whereas in a regular World Cup you can enter the third group stage match with little to play for and a Round of 16 berth locked up if you take six points from the first two fixtures, MLS has thrown in the added wrinkle of making all group stage affairs count towards the regular season standings as well.

That means the third group game may be just as important as any.

“Even if you win the first two matches, you still have to show importance to the third match because it can be what helps you qualify for the playoffs during the MLS regular season,” said Alonso. “We have to evaluate a lot of situations and I think every point that is up for grabs will be very important, be it the first or the last.”

How Inter Miami goes about competing for those points in the competition remains to be seen. The fledgling team played two distinct styles in its opening two matches of the MLS season, first by trying to play a more possession-based style in a 1-0 loss to LAFC and then by deploying a more direct and counterattacking brand in a 2-1 defeat to D.C. United.

Tactically, Inter Miami officials and players have often talked about being a team that wants to keep the ball on the ground and build through possession. That, however, may prove to be just one weapon in its strategic arsenal.

“I think teams and coaches have the obligation to prepare the players for all scenarios, to be a dominant team in any circumstance, be it by playing direct and through counterattacks or through possession and build-up,” said Alonso. “I don’t think one should minimize the other. Being able to be a team that can press high and strongly and being a team that can defend strongly and from deep (is a plus).

“Why not be strong in all facets? … This is a team that most importantly pressures very well and is very aggressive when it comes to winning the ball back, and it has done it in very short time. That’s very difficult to find, and that’s a credit to the players, not a credit to the coach. They have very, very good qualities.”

Those qualities will be put to the test soon enough. The tournament in Central Florida is set to begin on July 8, and Inter Miami is hoping to both show progress and begin establishing a winning culture in it.

It all starts with Thursday’s draw, however, and subsequently that first match.

“It is a very unique tournament that we’re going into,” said McDonough. “Anything can happen.”