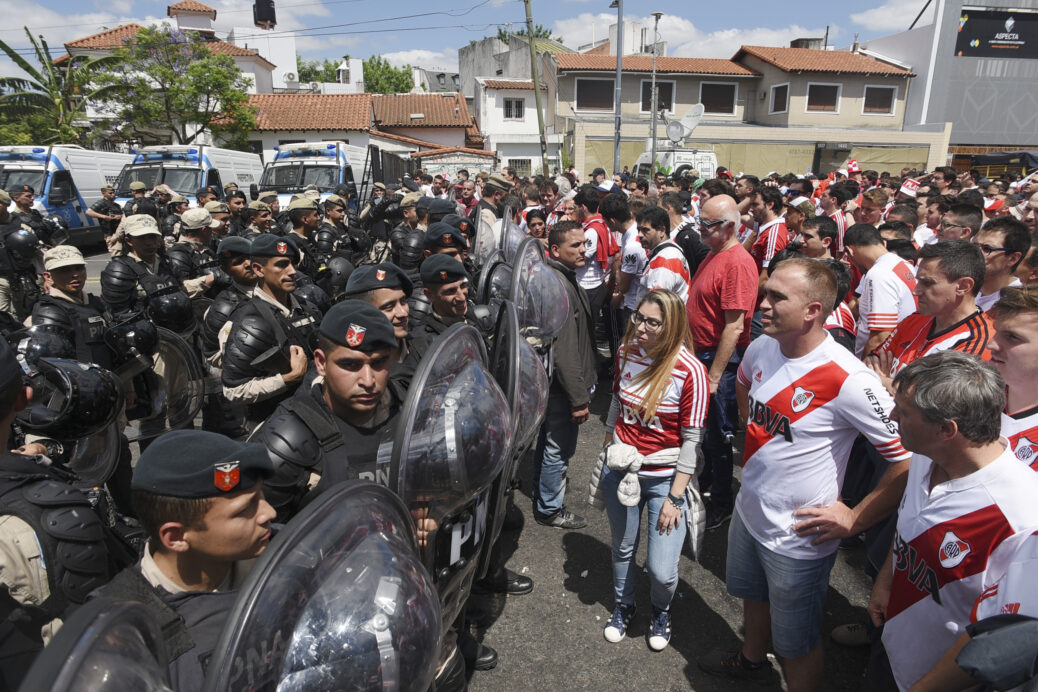 The final to end all finals has been put on hold, and it’s unclear just when it will be played.

After fan trouble postponed what was supposed to be Saturday’s, then Sunday’s second leg of the Copa Libertadores between Boca Juniors and River Plate, CONMEBOL president Alejandro Dominquez said that the game will be postponed to “allow both clubs to recover.”

The game was originally rescheduled for Sunday, but Boca sent in a formal request to CONMEBOL for a postponement as both Boca captain Pablo Perez and midfielder Gonzalo Lamardo were both injured after River Plate fans attacked Boca’s bus approaching the stadium.

One video emerged of a River Plate fan strapping flares to a child prior to Saturday’s Copa Libertadores final. She has been found and arrested. (REPORT)