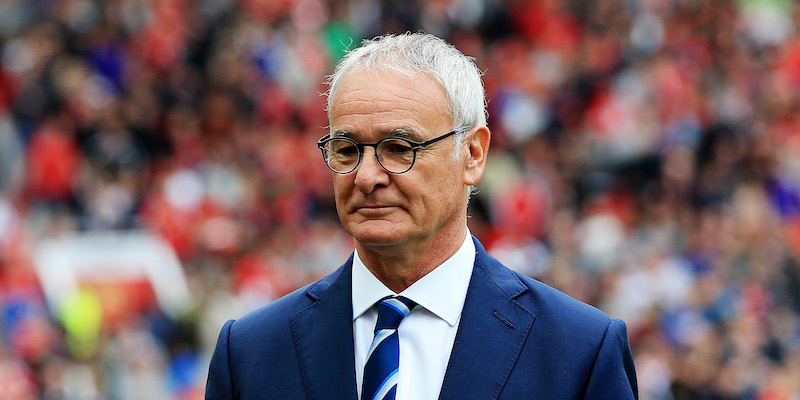 A familiar face will be back on the sidelines and entertaining English journalists in press conferences as Claudio Ranieri makes his return to the English Premier League with Fulham.

Bayern Munich’s week just got a little worse as James Rodriguez picked up a knee injury that may keep him out for the rest of 2018.

Bayern Munich midfielder James Rodriguez has suffered a partial tear of his LCL and will miss several weeks.  (REPORT)

In his send-off game Thursday against the USMNT, Wayne Rooney will wear the No. 10 shirt and captain the team when he comes off the bench. (REPORT)

Santiago Solari has been named as Real Madrid’s permanent manager until June 2021. (REPORT)

According to the Football Leaks investigation, Chelsea midfielder N’Golo Kante refused to allow a part of his salary to be paid under an offshore tax haven. (REPORT)

The Football Association is planning on reducing the number of foreign players on England as a result of Brexit. (REPORT)

Investigators have found that the helicopter that crashed and killed Leicester City owner and chairman Vichai Srivaddhanaprabha and four others did not respond to the pedal commands of the pilot. (REPORT)

Andres Iniesta has said that he would be “upset” at former Barcelona teammate Neymar if he were to join Real Madrid in the future. (REPORT)

Kylian Mbappe says that PSG has not “evolved enough” to be a team that is capable of winning the UEFA Champions League. (REPORT)

Inter Milan defender Milan Skriniar is discussing a new contract with the Italian club, despite being linked to clubs such as Manchester United. (REPORT)

Who should start for the USMNT against England? (READ)

A look back at the major news in MLS. (READ)

The NCAA tournament bracket for men’s soccer has been released with Wake Forest as the top seed. (READ)

Wayne Rooney is honored and excited to wear the England shirt one last time. (READ)

USMNT players Josh Sargent and Antonee Robinson have been dealing with ahead of the clash against England. (READ)

Aaron Long’s great 2018 boosts his chance for a spot on the USMNT. (READ)