Wednesday Ticker: Vinicius out up to two months, Pochettino handed ban, and more 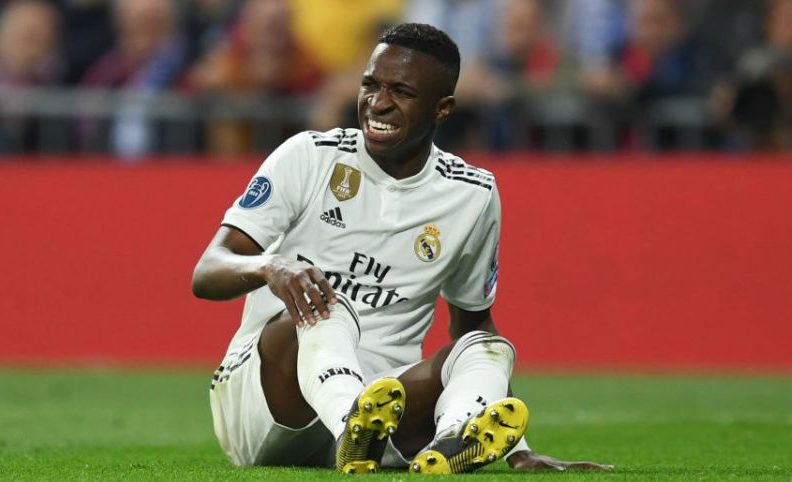 Vinicius Junior has been one of Real Madrid’s lone bright spots in what has been a disappointing campaign. Los Blancos elimination from the UEFA Champions League shocked the footballing world but now the team will have to plan for a lengthy period of time with Junior’s services.

The club announced on Wednesday that Junior suffered ruptured ligaments in Real’s second leg loss, which could keep him out until May. (REPORT)

Mauricio Pochettino has been handed a two-match touchline ban and suspended £10,000 for improper conduct in Spurs’ 2-1 loss to Burnley on Feb. 23rd. (REPORT)

Jose Mourinho is proud that Real Madrid fans chant his name and have called for his return to the club. (REPORT)

Leicester City manager Brendan Rodgers’ house was broken into on Wednesday, as thieves stole his medals that he won as Celtic boss. (REPORT)

Chelsea manager Maurizio Sarri is planning for next season despite his future with the club being in doubt. (REPORT)

Jaap Stam will be appointed as the next head coach of Feyenoord which will begin next season. (REPORT)

Stoke City striker Saido Berahino is to face a trial this May for drink-driving back on Feb. 18th. (REPORT)

Arsenal manager Unai Emery believes that Rennes’ extra days of rest is not an excuse for his side ahead of their Europa League first leg clash. (REPORT)

Chris Gloster and Sebastian Soto will train with the Hannover first team due to injuries. (READ)

FC Cincinnati is looking to rebound from an opening weekend loss while Kenny Saief could be joining on-loan. (READ)