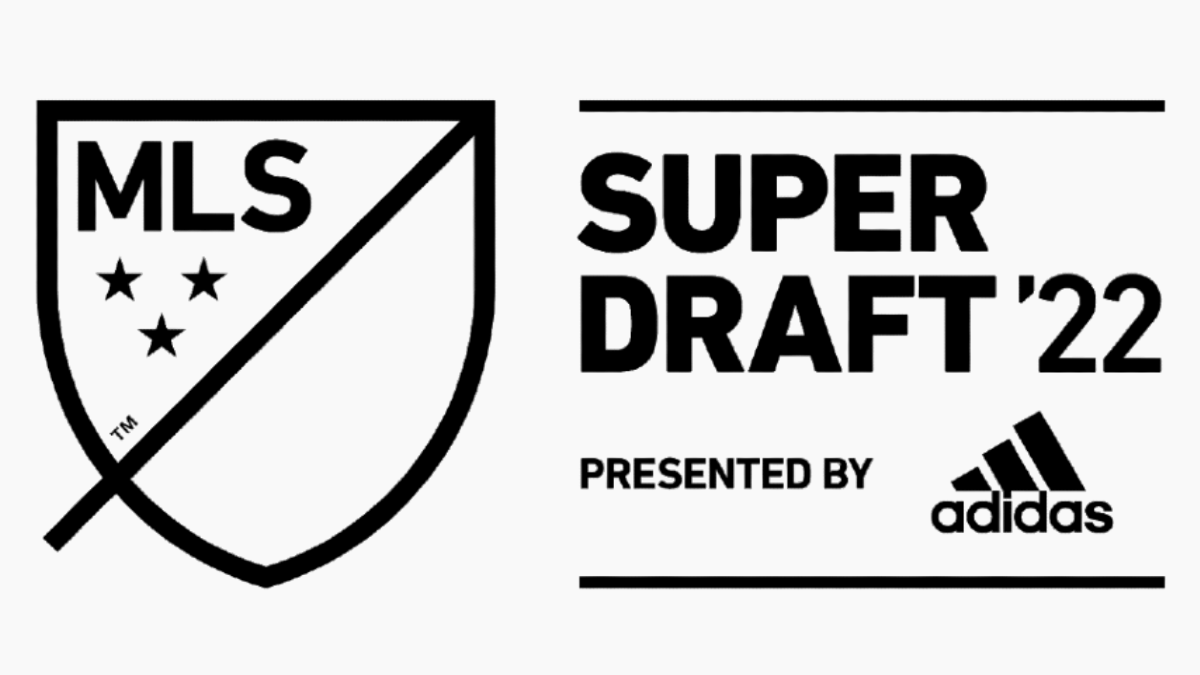 The 2022 MLS Draft is here and SBI has you covered with all the information you need to follow the action.

In case you missed any of our pre-draft coverage, be sure to check out our full breakdown as well as some player profiles to get you ready for the proceedings:

7:30 p.m. — Thank you for following the MLS Draft today, and be sure to follow our post-draft coverage on SBI. Good night.

7:10pm – The third round is also in the books, with several teams pass on on picks. Not everyone passed though, and there were some interesting selections. Here are some of the better ones:

D.C. United selected Skage Simonson from SMU, another skilled international player. Interesting that D.C. is a team that is stockpiling internationals considering it has one of the best examples of an international college player thriving as a pro in Julian Gressel.

The Red Bulls selected Georgetown goalkeeper Giannis Nikopolidis at 71, excellent pick, though his international status cost him being a potential first-round talent.

Atlanta United grabbing Penn State forward Daniel Bloyou was a nice late grab at 75, while Real Salt Lake got a real steal taking Jasper Loeffelsand at 81. His age and international status ultimately led him to tumble out of the first round, but I think he has the talent to make RSL’s roster.

6:30pm – Apologies for the delays, the second round flew by. Here are some of the more notable picks:

D.C. United selected Sofiane Djeffal at 36 overall. The Oregon State standout is a talented attacking player, but his international status hurt his stock, otherwise he was a first-round talent.

Inter Miami takes Lucas Meek from Washington 37, that’s definitely one where Chris Henderson’s ties to the Seattle area from his time with the Sounders helped Miami. Meek is a promising winger, and great value at 37.

The Crew grabbed Bowling Green centerback Jacob Erlandson at 40, a tough-tackling defender who Caleb Porter will surely love as a complement to the more skilled Phillip Quinton.

6:15pm — The Chicago Fire at 33 overall selects Charlie Ostrem from Washington, a skilled left back who lacks the athleticism most teams want from the fullback positions, but he is one of the most skilled left-footed players in the entire draft.

6 p.m. — Charlotte FC kicked off the second round by taking Wake Forest striker Kyle Holcolmb with the 29th overall pick. Good value there for a player who had projected as more a mid-first rounder.

The Houston Dynamo grab Providence midfielder Paulo Lima (32nd), who would have been a first-rounder if he weren’t an international player.

5:40pm- FC Dallas closed out the first round by trading up to 28th and selecting Tsiki Ntsabeleng. That one is a bit of a reach (again) for FC Dallas, but Ntsabeleng is an interesting winger prospect. Probably more a late second-round value, but Nico Estevez is dancing to his own tune when it comes to draft talent evaluation.

5:35 p.m. – The Colorado Rapids selected Anthony Markanich with the 26th overall pick. Excellent selection for the Rapids, who have needed depth at left back since Sam Vines left for Europe.

The Portland Timbers took Justin Rasmussen at 27th overall, love the value there for a player with some talent and a skilled left foot. He played more as a winger/wingback in college, but projects more as a left back/left centerback as a pro.

5:25 p.m. — Colorado Rapids select Notre Dame midfielder Mohamed Omar at 23, a bit surprising given their glut of midfielders, but Omar is talented.

New England selected Loyola Marymount goalkeeper Jacob Jackson, a bit of a surprise given some of the goalkeepers on the board, but if the Revs were looking for an American goalkeeper then Jackson is as good as there was available.

Before that, the LA Galaxy selected Michigan State striker Farai Mutatu with the 21st pick. Excellent value there.

5:09 p.m. — The Red Bulls trade up to 20th overall and take O’Vante Mullings, the Florida Gulf Coast winger. Good pickup, helps give RBNY another speed threat on the flanks. Thought one of the Canadian teams would grab Mullings, but Red Bulls will be glad to add someone different to what they have.

5:03 p.m. — Atlanta United selects Erik Centeno at 19th overall. LOVE that pick for Atlanta. Centeno is very talented, a skilled winger who will fit in perfectly with the way Atlanta likes to play. Pineda has likely seen Centeno before during his time in Seattle.

This one reminds me a bit of when the Seattle Sounders drafted Cristian Roldan, who slid in the first round and wound up being a perfect fit for the Sounders. Centeno could find a very good fit in Atlanta.

4:59 p.m. — Orlando City selects Notre Dame forward Jack Lynn with the 18th overall pick. Like that pick a lot. Lynn had an excellent college career, is a good finisher and holds the ball up well. He should fit in well into Oscar Pareja’s system.

The Vancouver Whitecaps followed that up with a much more reasonable selection, taking Saint Louis striker Simon Becher at 16.

Minnesota United selects Tani Oluwaseyi at 17th. Like that pick. A speedy winger who could do well under Adrian Heath.

Montreal next at 15. Anthony Markanich would be good value there, and as far as potential Canadians to take, St. John’s goalkeeper Luka Gavran and Florida Gulf Coast winger O’Vante Mullings are two that stand out.

4:35 p.m. — San Jose trades for the 13th overall pick and selects Clemson’s Oskar Agron, an excellent centerback, though he is an international player.

Thought San Jose might snag Erik Centeno there when they traded up, but no such luck, and CentenoWatch is underway.

4:25 p.m. — The Columbus Crew select Saint Louis goalkeeper Patrick Schulte 12th overall. Good value there for Caleb Porter’s side. Schulte was high on the radars of several teams, and it was a bit surprising not to see someone trade up to take him higher.

4:20 p.m. — The Chicago Fire select Washington centerback Kendall Burks. Good pick there, Burks is a big and athletic central defender who spent time playing some right back this year and has the confidence on the ball to do well as a pro.

4:15 p.m. — Nashville SC selects Ahmed Longmire with the 10th overall pick. Love that pick for Nashville. Longmire might have the most upside of any defender in the draft.

Be sure to read SBI’s MLS Draft Spotlight on Longmire.

4:10 p.m. — Inter Miami selects Washington CB Ryan Sailor at 9th overall. A 6-foot-4 centerback who is good in the air, & has excellent leadership qualities that I’m sure won over Phil Neville & Co.
Not sure he has as much upside as some other CBs available but he has tools to be a solid pro

4:05pm – San Jose Earthquakes take Ousseni Bouda 8th overall. The Stanford winger and GA signing is a great value for the Earthquakes, who can use some attacking talent.

Curious what this means for Erik Centeno, the Pacific winger is local to San Jose and that seemed like a good match. Now Centeno may slide into the bottom half of the first round.

3:51 p.m. — The New York Red Bulls trade up to 7th overall & take Navy centerback Matthew Nocita. Nocita is 6-foot-8, which is gigantic for a soccer player, but he moves very well for that size & is extremely athletic. Red Bulls weren’t the only team eying him in the 1st round

Red Bulls combined a trade with Montreal and the Chicago Fire to move into the 7th spot, dealing $100K in general allocation money.

3:49 p.m. — The FIre pick now at 6 and have some promising centerback options, with Ahmed Longmire an enticing one. Ousseni Bouda is also still available.

Bartlett tested through the roof at the MLS Combine in the speed/vertical/etc testing, but there are real questions about him and he is also an older player.

3:39 p.m. — A reminder to send any draft-related questions my way in the comments section below.

FC Dallas is up next at 6th overall and Saint Louis goalkeeper Patrick Schulte makes sense, though if they also add Ousseni Bouda that would be a hell of a haul to snag Parker AND Bouda to add to the FCD attack.

3:36 p.m. — Austin FC selects Kipp Keller, and they have to be loving that because I can’t imagine they expected to see him slide to five overall. That’s a steal for a team that badly needed some centerback help.

3:33 p.m. — Austin FC needs central defenders, and Kipp Keller and Ahmed Longmire are both pretty close to being able to help in year one. Keller should be the pick as a Generation adidas player, which means he doesn’t count against the salary cap.

3:30 p.m. — The Houston Dynamo select Thorleifur Ulfarsson, the Duke striker from Iceland. Dynamo needed some striker depth and Ulfarsson had an impressive career at Duke and a strong MLS Combine showing.

Given Houston’s struggles defensively I was surprised to see them pass on Keller, but they clearly see something special in Ulfarsson.

3:27 p.m. — Houston picks fourth and has an interesting choice to make between Ousseni Bouda and Kipp Keller. Can’t really go wrong either way.

3:26pm- FC Dallas goes Saint Louis, but NOT Kipp Keller, choosing Isaiah Parker insteda. A speedy left-footed winger who could potentially be groomed into an attacking left back. Thought Keller fit their need more, but Parker has potentially higher ceiling so not a bad move.

3:24pm – FC Dallas has to take Kipp Keller with the third pick. He’s the best defender in the draft and helps fill a need for centerback depth.

Bender is a promising young central midfielder with a good engine and penchant for popping up in dangerous positions in the final third. Am I sold on him being the best talent in this draft? Definitely not, but Charlotte was convinced.

FC Cincinnati is up next, and Roman Celentano is a good bet to be the player chosen, though Kipp Keller has to be an enticing option.

3:12pm — Something that will be interesting to see is when teams start snatching up the talented international players who are going to slide in the draft. International roster spots are precious so it’s tough for all the international talent in college to find opportunities, but there will be some gems.

3:07 p.m. — Still waiting for picks to start as MLS pulls out all the stops with its production of the intro to the draft, with interviews around the country.

Now we’re hearing from Don Garber via zoom as we get closer to the first pick.

2:58 p.m. — Waiting for action to get underway, as Charlotte FC is on the clock. All signs point to the expansion side selection Maryland central midfielder Ben Bender.

Hello everybody. The draft is just a few minutes away from kicking off and SBI will have you covered on all the selections. I’m Ives Galarcep, Editor-in-Chief of SBI and resident MLS Draft Guru. I will be answering questions throughout the day so feel free to drop your questions in the comments section below.