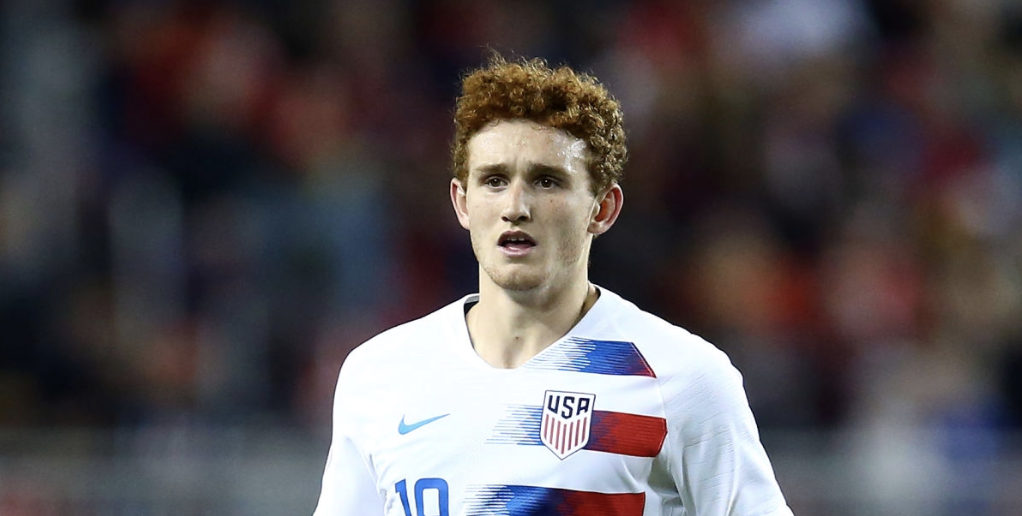 Josh Sargent has experienced his share of highs and lows this season with Werder Bremen, alternating between good runs of form and some not so stellar ones.

It bodes well then for the U.S. Men’s National Team that he is currently playing some of his best soccer this season.

Sargent joined up with the USMNT this week for its March training camp, and did so on the tails of one of his most productive stretches in the current German Bundesliga campaign. Yes, he may have scored an own goal over the weekend, but the Werder Bremen striker has been finding the back of the opposing teams’ nets with some regularity in recent weeks.

“I think obviously I was struggling a little bit with scoring goals,” said Sargent on a video conference on Tuesday. “I was very happy about myself with how I was performing, but at the end of the day as a striker you are going to be judged on how many goals you score. Of course any goal I can score is going to boost my confidence and I feel like I am in a good place right now.”

If that is the case, Sargent’s confidence may be the highest it has been in quite a while. He has netted thrice since Feb. 26 and a career-high five times in the Bundesliga season. This, after practically promising early in the month that “there would be more goals to come.”

For the 21-year-old Sargent, rediscovering his nose for goal and getting more of a taste for what it is like to be a regular scoring threat has made playing much more natural. The American is no longer dealing with the stresses of being on a prolonged drought — like attempting to force the issue or looking to do too much — and that has freed him up on the field.

“I think the biggest difference is that everything comes very naturally,” said Sargent of playing while scoring regularly. “It just seems to happen with ease. You do not have to try so hard. When you are in that slump when you are not scoring goals, it feels like no matter what you do it is just impossible to score. I would say the biggest thing is everything just seems very easy.”

Now the idea is to try and carry that confidence and style of play over into the USMNT’s upcoming friendlies, beginning with this Thursday’s encounter with familiar Concacaf foe Jamaica. Of course, there is no guarantee that head coach Gregg Berhalter turns to Sargent in that game or in Sunday’s tussle with Northern Ireland given that there are other options on the roster like the red-hot Daryl Dike and promising newcomer Jordan Siebatcheu.

Still, the Werder Bremen attacker is the most experienced option in the bunch. That combined with his recent play at the club level have him poised to earn a good dose of minutes in these next two matches, if not be the first-choice up top.

“I think I have definitely grown as a player during this time period,” said Sargent. “I think I have really matured with my movements on the field and how I play, trying to be smarter and trying to play the easy pass. They are going to be physical. We have to move the ball very well, very quickly and be creative up front and try to find ways to get in behind and score goals.”

If Sargent can translate his recent scoring exploits at the club level to the international stage in this week’s games and add to his five USMNT tallies, his chances of being the preferred No. 9 will raise when the more important matches come around later this year.

He has found his groove and confidence a bit with Werder Bremen. Now he is looking to do the same with his country.

“As anywhere else, everybody is going to be pushing each other and everybody is gunning for that No. 1 spot right now,” said Sargent of the starting striker role. “There are a lot of young guys that want it. We will see who comes out on top at the end.”