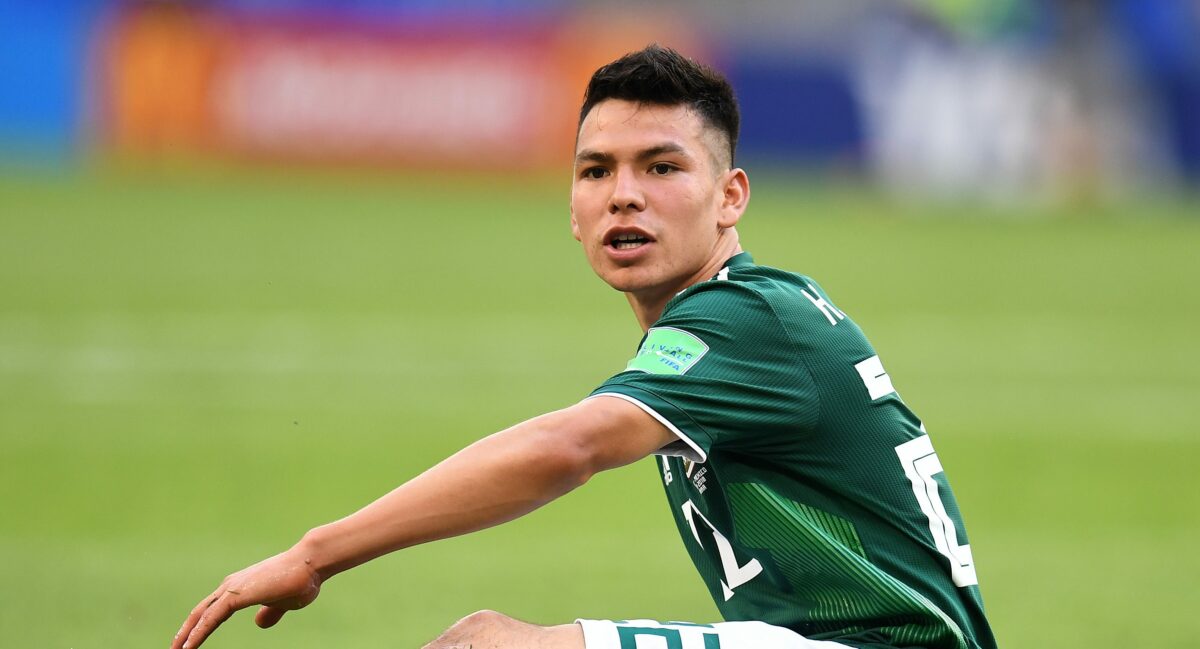 A Mexican national team star is being targeted by Spain’s super clubs, while an under-fire manager is refusing to backdown amid pressure surrounding his club’s worrisome start to the season.

Hirving Lozano was one of Mexico’s clear standouts at the World Cup, and his exploits this summer have helped boost his stock to the point that Barcelona and Real Madrid are reportedly battling for his services at the European transfer deadline. (REPORT)

Jose Mourinho followed up his recent post-game rant defending his credentials by re-asserting that he is still one of the world’s greatest managers. (REPORT)

Luke Shaw returns to the England squad for the upcoming friendlies as four changes from World Cup squad were made. (REPORT)

Burnley was eliminated from the UEFA Europa League, by the hands of Greek side Olympiakos. (REPORT)

The 2018 Copa Libertadores quarterfinals have officially been set with four Argentine sides, one Chilean side and three Brazilian sides. (REPORT)

The ins and outs of the 2018-19 UEFA Champions League Draw that happened on Thursday in Monaco. (READ)

Lozano and Ochoa among the key names in the Mexico callups for USMNT friendly. (READ)

A preview into this weekend and what the Americans Abroad will be up to. (READ)

A look ahead on all the important matches on TV this weekend. (READ)

The USWNT takes on Chile before qualifiers for the World Cup in France begin. (READ)

Jorge Villafana and Lucas Melano make their mark on their respective returns to the Portland Timbers. (READ)

Yangel Herrera hopes to play for NYCFC again until the end of the year. (READ)