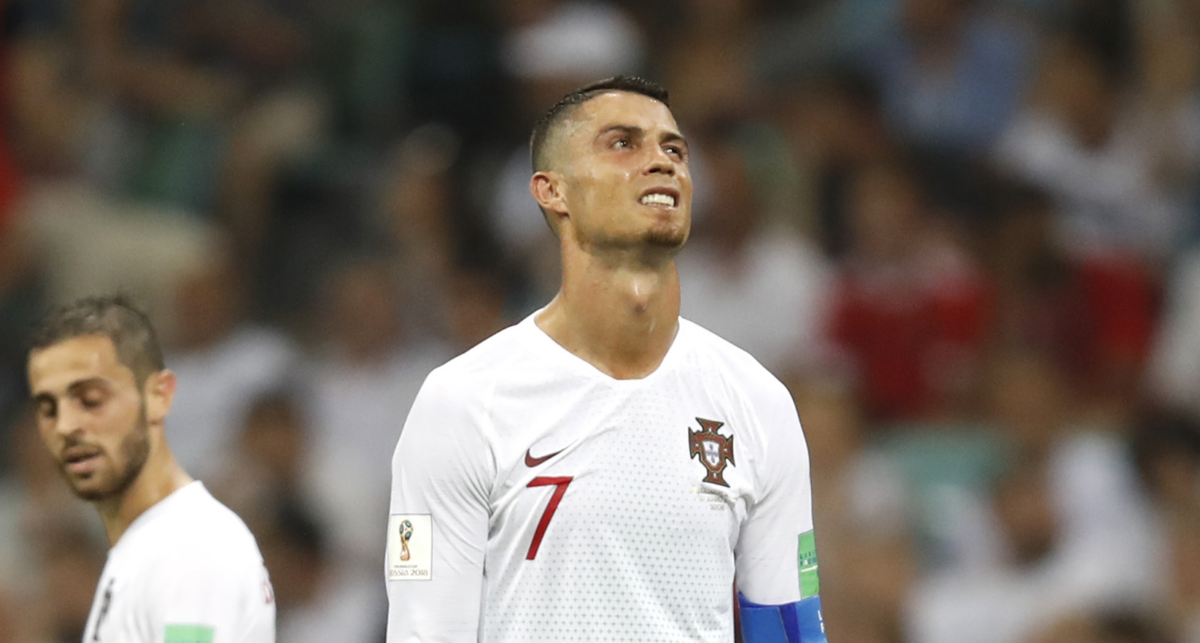 Portugal has left Cristiano Ronaldo off its roster for upcoming matches against Poland and Scotland next week, and for next month’s friendlies against Italy and Poland.

In his press conference, Portugal coach Fernando Santos didn’t specify if the notable absence was due to Ronaldo’s current rape investigation.

“[Federation] president Fernando Gomes and I spoke with Cristiano Ronaldo and we considered it best for the player not to be included in this and November’s call-ups,” Santo said.

Mario Balotelli is nowhere to be found on Nice’s team sheet for its upcoming match against Toulouse on Friday, a decision made my manager Patrick Vieira, who last month noted fitness issues with the Italian striker.

Balotelli has made two starts in Ligue 1 this year, but has yet to score.

UEFA has charged Napoli after fans set off flares in the Italian club’s 1-0 win over Liverpool in Naples.

Paris Saint-Germain was also charged by UEFA for fan violence in their win over Red Star Belgrade.

Napoli’s Arkadiusz Milik was robbed at gunpoint following their win over Liverpool.

Two men robbed Milik of his Rolex around 2 a.m., using their motorcycles to block the road that Milik was driving on. (REPORT)

Gareth Southgate is set to sign a contract extension until 2022 as England manager.

He guided England to last summer’s World Cup semi-finals and is currently studying for his elite coaching qualification. (REPORT)

Palmeiras qualified for the semifinals of the Copa Libertadores after eliminating Colo Colo.

Christian Pulisic is out of the Borussia Dortmund squad due to a torn calf muscle. (READ)

Weston McKennie scores the game-winner for Schalke in the UEFA Champions League. (READ)

Luciano Acosta is SBI’s MLS Player of the month. (READ)

D.C United is SBI’s MLS Team of the Month. (READ)

A tight race in the Eastern Conference entering the final month of the regular season. (READ)

SBI Question of the Day: Is bringing Bradley back to the USMNT a good idea? (READ)

A look back from the major soccer news from Wednesday. (READ)

A look back at all the major games from Wednesday in the UEFA Champions League. (READ)