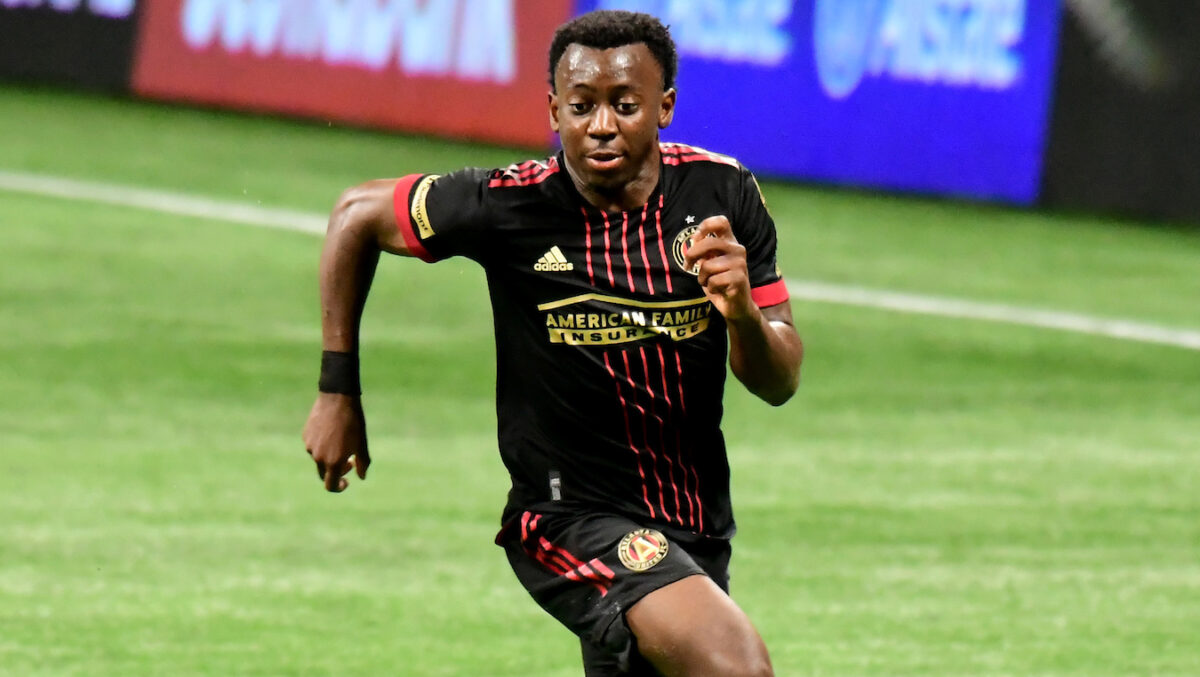 The January Transfer Window nears its close, but plenty of Americans have been on the move with several transfers happening in recent days.

Kevin Paredes was the first left-back from MLS to depart to Bundesliga side Wolfsburg, but on deadline day a second defender was on the move from the Eastern Conference. Atlanta United left-back George Bello joined Arminia Bielefeld on a permanent transfer, signing a three-and-a-half-year contract

Bello, 20 was entering the last six months of his contract with the Five Stripes, giving the Eastern Conference club an incentive to cash-in on the former homegrown before he was able to leave on a free-transfer this summer.

Bielefeld sits in 14th place in the Bundesliga table and despite the addition of Bello, remains in the middle of a relegation battle.

Bello has earned six caps for the USMNT since debuting for Gregg Berhalter’s side in 2021.

Auston Trusty is the latest American to move to the Premier League following his transfer from the Colorado Rapids to Arsenal on Monday.

The Gunners announced the acquisition of Trusty, but have allowed him to remain with the Rapids on loan until June. The Philadelphia Union will also receive 30% of the transfer fee Arsenal paid for Trusty after previously trading him to Colorado in November 2019.

Trusty, 23, is coming off of a strong season with the Colorado Rapids where he played an integral role in their first place finish in the Western Conference. The five-year MLS veteran was called up to the USMNT’s squad in December, but did not feature in a 1-0 friendly win over Bosnia and Herzegovina.

Trusty is the third Colorado player who will be moving to Europe, joining Sam Vines and Cole Bassett in recent months.

Joel Sonora is on the move again in Argentina, this time being loaned to Velez Sarsfield for the entire 2022 calendar year.

Velez Sarsfield announced the loan signing on Tuesday, bringing the attacking midfielder to the club after he appeared in a friendly on Saturday. Sonora, 25, has totaled 87 appearances in Argentina’s top flight, scoring eight goals and registering seven assists in all competitions.

The Texas native originally began his career in Germany with VfB Stuttgart, but never debuted for the first team. A former U.S. youth national team player, Sonora has yet to appear for Gregg Berhalter’s senior team.

USL side San Antonio FC said goodbye to one of its promising talents, transferring Jose Gallegos to Danish Superligaen side Sonderjyske.

Gallegos, 20, joins on a four-year contract and breaks the record for the highest transfer fee for an export from the USL with a reported fee listed at $552,000.

The San Antonio native has been a subject of European interest for some time, trialing with Bayern Munich in May 2021. Gallegos was a key playmaker for San Antonio FC in their run to the conference finals during the 2021 season, scoring seven goals and registering four assists.

Gallegos finished with 10 goals and eight assists in 60 combined appearances in the USL over three seasons.

The Scottish Premiership has quickly become a hotspot for Americans in Europe with Joe Efford being the latest, joining Motherwell FC on a one-year contract.

The Georgia-born forward had previous stops in Romania, Spain, Greece and recently in Belgium for Waasland-Beveren before making the move to Scotland. Efford, 25, has totaled 36 goals and 23 assists in his professional career, but hasn’t reached double-digit goals since 2019-20.

Motherwell currently sits in fourth place in the Scottish Premiership and Efford will hopefully provide a goal-scoring boost as the Steelman have the lowest goalscoring output among the top four teams in the league.

Terrence Boyd has a new home in the German 3. Liga, joining second place side, FC Kaiserslautern on a permanent transfer.

Boyd, 30, has spent most of his career in Germany, except for stops in Austria with Rapid Vienna and MLS with Toronto FC. The veteran forward was the top forward while at Hallescher FC over the past two seasons, scoring 40 goals in 90 appearances for the club.

Born in Germany, Boyd represented the U.S. men’s national team at various youth levels and earned 14 caps for the senior team with his last call-up coming in 2016.

Kaiserslautern will be the sixth German club that Boyd has played for in his lengthy career.